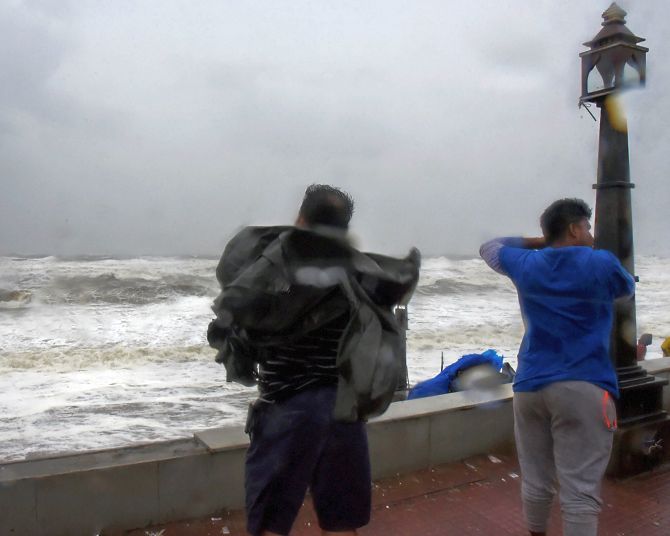 As per India Meteorological Department (IMD), the very severe cyclonic storm lay centered at 2.30 pm on Sunday over central parts of South Bay of Bengal near latitude 11.7°N and longitude 86.0°E, about 960 km south of Paradip (Odisha), 1110 km south-southwest of Digha (West Bengal) and 1230 km south-southwest of Khepupara (Bangladesh).

It is very likely to intensify further into an extremely severe cyclonic storm during next 24 hours. It is very likely to move nearly northwards slowly during next 12 hours and then re-curve north-northeastwards and move fast across northwest Bay of Bengal and cross West Bengal – Bangladesh coasts between Digha (West Bengal) and Hatiya Islands (Bangladesh) during the afternoon or evening of May 20 as a very severe cyclonic storm. 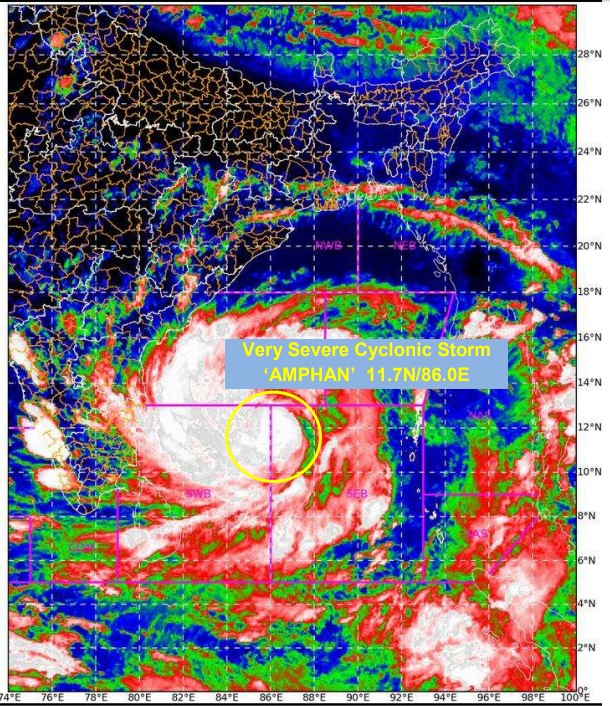 Here’s path of cyclone Amphan as predicted by IMD: 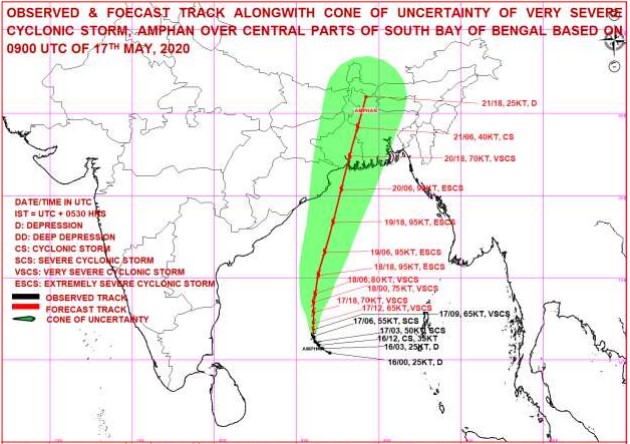 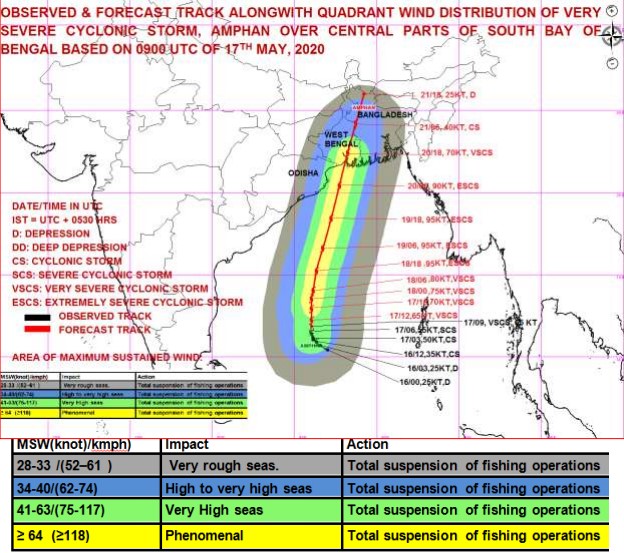 Transfer of two Odisha bureaucrats kept in abeyance, here’s why