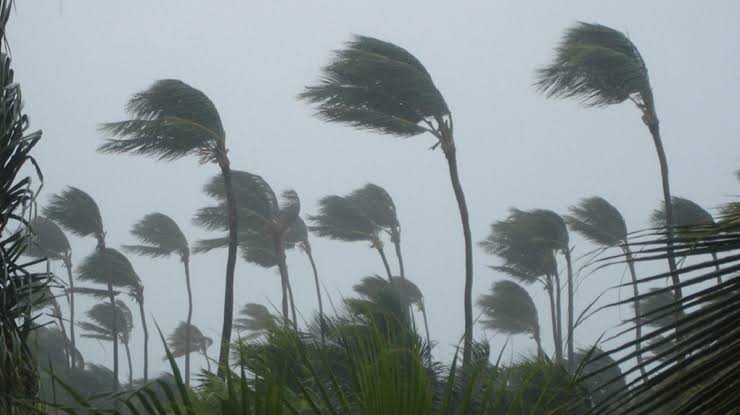 “Latest satellite imageries and Ocean Buoy observations indicate that yesterday’s low pressure area which became well marked over east central Bay of Bengal in the same evening has concentrated into a Depression over east-central Bay of Bengal and lay centred at 1130 hrs IST of today, the 23rd May, 2021 near latitude 16.1°N and longitude 90.2°E, about 560 km north-northwest of Port Blair (Andaman Islands), 590 km east-southeast of Paradip (Odisha), 690 km south-southeast of Balasore (Odisha) and 670 km south-southeast of Digha (West Bengal). It is very likely to move north northwestwards and intensify into a Cyclonic Storm by 24th May morning and further into a Very Severe Cyclonic Storm during the subsequent 24 hours. It would continue to move north northwestwards, intensify further and reach Northwest Bay of Bengal near West Bengal and north Odisha coasts by 26th May morning,” a bulletin of the IMD issued at 1.50 PM said.

Light to moderate rainfall at many places with heavy rainfall in the north coastal districts on 25th, heavy to very heavy rains at a few places with extremely heavy falls in Balasore, Bhadrak, Kendrapara, Mayurbhanj and heavy to very heavy falls at a few places in the districts of north Odisha namely Balasore, Bhadrak, Kendrapara, Mayurbhanj Jagatsinghpur, Cuttack, Jajpur, Keonjhar on 26th May.