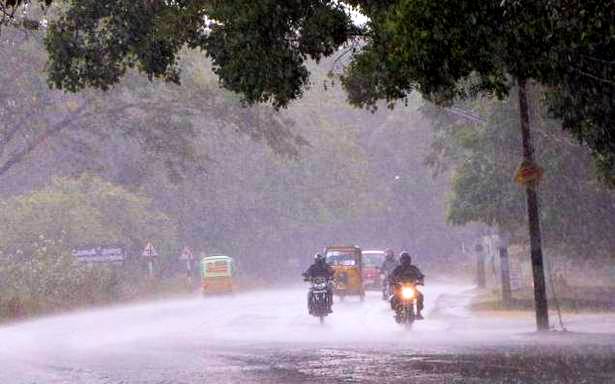 Bhubaneswar: Ahead of onset of monsoon, moderate rainfall is likely to occur in several districts of Odisha due to cyclonic circulation over the Bay of Bengal.

The weather was cloudy in coastal districts today and the condition is likely to continue for the next two to three days.

“The cloudy weather is likely to prevail across coastal belt from Puri to Balasore under influence of a cyclonic circulation formed over northwest Bay of Bengal, West Bengal and adjoining areas of Bangladesh between a stretch of 1.5 and 3.6 km, which is likely to turn into low pressure,” said Meteorologist L Mohapatra.

Moderate rainfall accompanied by lightning is likely in these areas in the next 2-3 days.

The thunderstorm is likely to occur in one or two places of Malkangiri, Koraput, Gajapati, Rayagada districts in southern region of the state, he said.

The northwest districts like Sambalpur, Boudh, Sonepur, Bargarh will experience the high temperature between 39-40 degree Celsius during these period. However, no heat wave warning has been issued for these districts, said the weather scientist.

Meanwhile, the monsoon is likely to touch Kerala coast in the next 48 hours. The exact date of onset of the monsoon to arrive in Odisha can be predicted after it hit the southern state of India.

Besides coastal Odisha, the thunderstorm is likely in the districts — Koraput, Kandhamal, Mayurbhanj, Keonjhar, Sundargarh and Kalahandi, he said.

Heavy rainfall is likely to occur in a few places of Ganjam, Gajapati, Jajpur, Bhadrak, Malkangiri, Kendrapara, Cuttack and Balasore districts between June 8 and 9, he added.

Another cyclonic circulation likely this week; Odisha may…