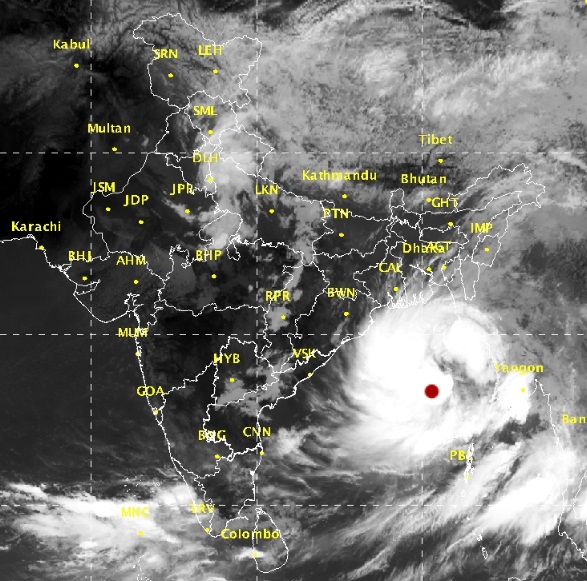 The deep depression over east-central Bay of Bengal has intensified into cyclonic storm ‘Mora’ which is likely to trigger rainfall in coastal and interior Odisha during the next 24 hours, the Bhubaneswar Meteorological Centre said.

“The Cyclonic Storm ‘MORA’ over East Central Bay of Bengal lay centred at 0530 hrs IST of today about 610 km nearly Southeast of Paradeep. The system is likely to intensify further into a Severe cyclonic storm during next 12 hours. It is very likely to move North-Northeastwards and cross Bangladesh coast near Chittagong around 30th May 2017 forenoon,” a bulletin of the meteorological centre said.