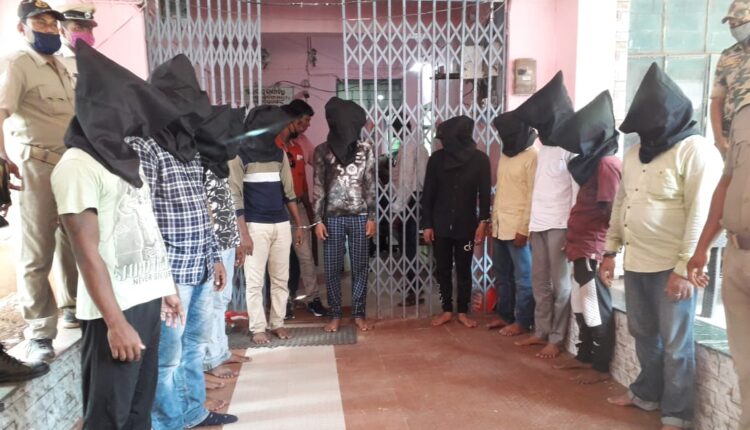 Jajpur: A dacoit gang was busted and as many as 11 robbers have been arrested in Jajpur district, police informed today.

The police recovered nearly Rs 6 lakh cash, a huge amount of melted gold as well as silver jewelries, 4 two-wheelers, mobile phones and a gun from possessions of all the accused persons. 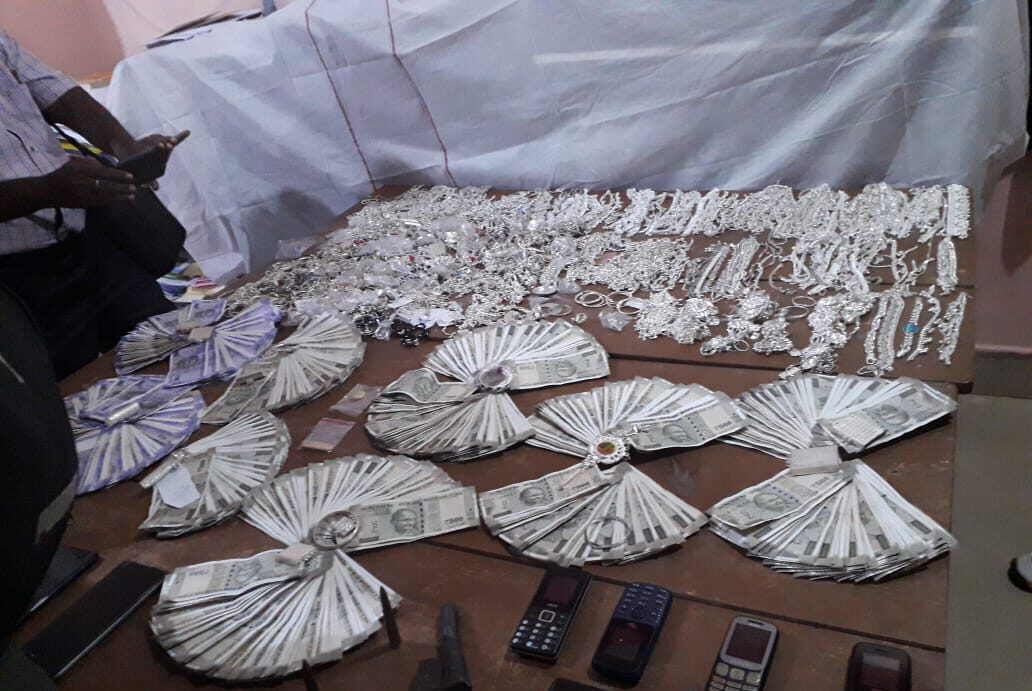 The police managed to apprehend all the dacoits and seized looted items yesterday following a complaint lodged at the Dharmasala Police Station by a person namely Madhabananda Sahoo of Bandhadiha village on October 7.

According to complaint, Sahoo’s son Maheswar Sahoo, who is running a jewelry workshop at Old Fandi Chhak, was looted of 800 gram gold, 15 kg silver ornaments and Rs 1 lakh cash by three miscreants on October 6 evening while he was returning to home on his two-wheeler (scooty) bearing registration number OD34F-8904 near Pahi Mohanty Chhak.

In the complaint, the victim’s father alleged that one of the miscreants showed his son a pistol, another physically assaulted him with a dagger and another accused person snatched away his vehicle in which gold and silver ornaments were kept. They also took away the cash from him and ran off.

Based on the complaint, a case was registered under section 394 of IPC r/w 25 Arms Act at the Dharmasala Police Station.

Initiating a probe into the case, four different teams were constituted to collect the intelligence.

The district police detected the case successfully with arrest of 11 members of a dacoit gang and seized cash of Rs 5,89,100, silver ornaments weighing about 12.200 kg, melted gold of 76 gram, one country made pistol, 3 motorcycles, one stolen two-wheeler, 11 mobile phones and two weapons.

Police said that of 11 persons arrested in the case, 5 were involved in other cases registered under different sections at Dharmasala Police Station and Balichandrapur Police Station.

Following arrest, all the accused persons were forwarded to a local court today.