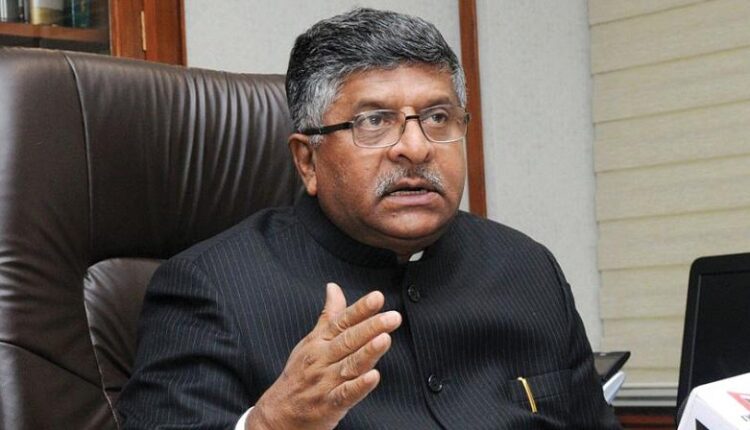 New Delhi: Law Minister Ravi Shankar Prasad in response to a question in Rajya Sabha said that Dalit converting to Islam or Christianity cannot claim reservation benefits and it will also deprive the person the eligibility to contest parliamentary or Assembly election from constituencies reserved for Scheduled Castes (SC).

Prasad, in response to a question from BJP member G.V.L. Narasimha Rao, clarified that those who have adopted Hindu, Sikh and Buddhist faiths would be eligible for contesting from SC reserved seats and getting other reservation benefits. He further elaborated on the aspect of eligibility to fight an election from reserved constituencies.

Prasad added that Para 3 of the Constitution (Scheduled Castes) Order outlines that no person who professes a religion different from Hindu, Sikh or Buddhist religion shall be deemed to be a member of a Scheduled Caste. However, the minister clarified that there was no proposal to bring in any amendment in the Representation of People Act to debar SC/STs converted to either Islam or Christianity from fight polls: parliamentary or Assembly elections.

In 2015, the top court in a ruling had said that once a person ceases to be a Hindu and becomes a Christian, the social and economic disabilities arising because of Hindu religion cease and hence it is no longer necessary to give him protection and for this reason he is deemed not to belong to a Scheduled Caste.

Prasad, in his response, made it clear that there exists a clear distinction between Dalits adopting Islam and Christianity with those choosing to adopt Hinduism.