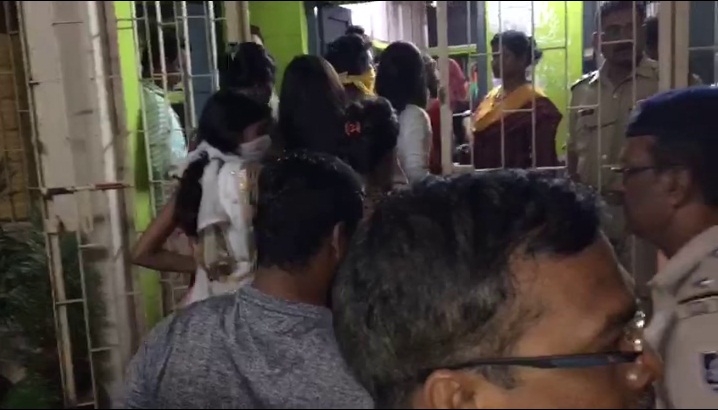 Bhubaneswar: Carrying out stringent night patrols to check the bars turning into dance bars in the state capital, Commissionerate police cracked down on dance bars for illegal operation and rescued as many as 96 girls engaged as dancers in the bars.

As many as 96 girls engaged as dancers in the bars were rescued in the operation.

Around 10-11 dance bars on Cuttack Road were raided last night for allegedly operating as the dance bars and employing girls without licence.

The bar girls rescued in the mid-night operation, were from various places outside the state including Nainital, Uttar Pradesh, Himachal Pradesh, Punjab, West Bengal, Delhi and Haryana. They were handed over to their relatives following verification of their identity proofs.

Sources said that the girls were engaged in those bars for various purposes.

However, the bar owners allegedly engage the girls from other states to earn more profits by running dance bars.