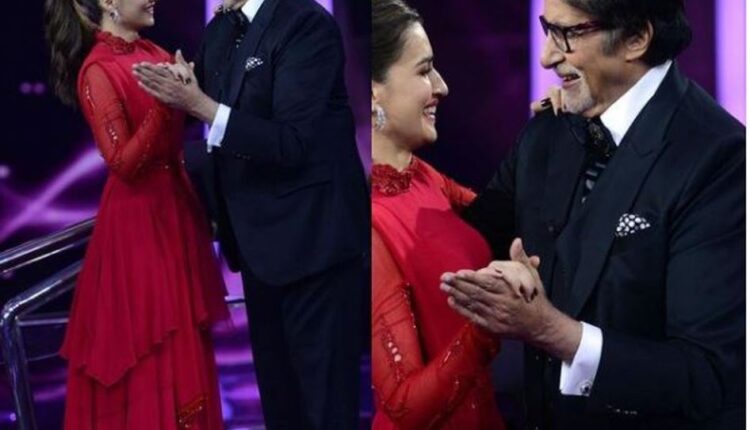 Mumbai/Bhubaneswar: Actor Amitabh Bachchan shared pictures with Actress Kriti Sanon on social media during her visit to the set of Kaun Banega Crorepati 13 (KBC 13). The Big B posted a collage of him doing ballroom dance with Kriti Sanon and addressed her as “the beautiful lady”. The dance reminded Bachchan of his college and Calutta days.

Bachchan wrote in the caption, “… ballroom dancing with the beautiful lady in red – Kriti Sanon !! … aah.. brought back those College and Calcutta days ..”

Before making his debut in acting, Bachchan worked with as a business executive for Kolkata-based Bird & Company. He studied at Sherwood College, Nainital and then at Kirori Mal College, University of Delhi.

This year, several films of Amitabh Bachchan have been scheduled for release. He essayed a role in Ayan Mukerji’s Brahmastra, co-starring Alia Bhatt and Ranbir Kapoor. He also played a key character in sports drama Jhund.

The actor has also signed up for Hindi remake of Hollywood film ‘The Intern’. He will also be seen in Vikas Bahl’s upcoming directorial project Goodbye, starring, Rashmika Mandanna and Pavail Gulati.

Kriti Sanon was last seen in Mimi this year. Her upcoming projects include ‘Hum Do Hamare Do’ in 2021, Bachchan Pandey, Bhediya, Adipursh, Shehzada which are schedule to release in 2022.

She made her Bollywood debut with ‘Heropanti’ in 2014.

World Osteoporosis Day: Significance, History and all you need to know