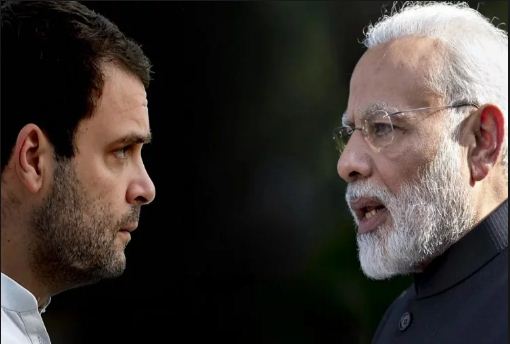 New Delhi: A survey of voters undertaken by institutions and calculations by independent psephologists have indicated a surprising unanimity of possible scenarios post May 23 when the results of the Lok Sabha elections are declared — they show that the NDA is likely to have a pared down performance compared to 2014 while the UPA might not move into areas possibly vacated by the BJP-led alliance unless it finds new allies.

A study by the Centre for Socio-Economic and Political Research (CSEPR) in Delhi at the conclusion of Phase VI of polling suggests that the NDA as a pre-poll alliance could muster 231 seats as compared to 174 seats of the UPA, while calculations of the possible poll outcome by a well-known psephologist indicate similar numbers — 234 for the NDA and 169 for the UPA.

Another calculation made by a psephologist appears to anticipate that the tables could be turned on the NDA by the UPA — it suggests that the Congress and its allies could corner 287 seats as against the NDA’s 256. However, this calculation factors in possible post poll tie-ups for both the alliances.

It brackets the Trinamool Congress in West Bengal and the Bahujan Samaj Party-Samajwadi Party Mahagathbandhan in Uttar Pradesh with the Congress. There is no such tie-up now and these parties could add 80 seats to the UPA numbers, according to this calculation.

The calculation also places the YSR Congress Party in Andhra Pradesh, the Biju Janata Dal in Odisha and the Telangana Rashtra Samiti in Telangana on the same side as the NDA. Once again, there is no such tie-up at the moment, and if these three parties were to join the NDA, they would together add 50 seats to the NDA numbers, according to this calculation. The Congress party’s own tally is likely to be 117 seats and the BJP’s 168 seats, the forecast made by this psephologist appears to indicate.

While these surveys and calculations are undertaken professionally and scientifically, they are often considered speculative in accurately predicting voter behaviour.

In case of hung Parliament, regional parties can be…

The subtext in this is that if these calculations and surveys indeed prove right, the BJP would have increased its vote share in Bengal and that would give the Trinamool Congress much room for worry because it would provide the BJP the launch pad for growth in the state. The BJP had got 17 per cent of the votes in the 2014 general elections but this had dropped to 10.16 per cent in the state Assembly elections in 2016.

The CSEPR indicates that in Bihar, the BJP and the Janata Dal-United could get 22 of the 40 seats while the Congress-Rashtriya Janata Dal alliance is likely to get the remaining 18 seats. The calculation by the first psephologist also favours the NDA, giving it 25 seats and the UPA 15, while the second psephologist places the NDA and the UPA tallies at 20 seats each.

In Maharashtra, which has 48 seats — the highest after Uttar Pradesh — the CSEPR survey suggests that the BJP-Shiv Sena combine will get 34 seats while the Congress-Nationalist Congress Party combine will get 14 seats. The calculations by both psephologists say that the NDA could get 28 seats and the UPA 20 seats in the state.