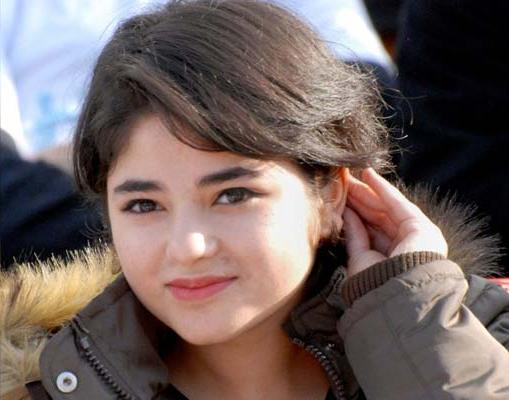 Union Sports Minister Vijay Goel on Friday compared Kashmiri teenage actor Zaira Wasim with a painting of a woman in hijab and another caged, prompting the “Dangal” star to rebuff the BJP leader for “discourteous depiction” and a wrong comparison.

“This painting tells a story similar to Zaira Wasim,” Goel wrote on Twitter and also posted the picture of a woman wearing a black hijab covering her face and another nude woman in the foreground in a birdcage.

The picture was taken at the India Art Fest Goel inaugurated at Thyagraj Stadium in Delhi on Thursday.

“Our daughters are breaking the cages to pursue education. More power to our daughters,” he wrote and tagged the Kashmiri teenage star.

Zaira ridiculed Goel’s comparison and said the painting was not even remotely relevant to her.

“Sir, with all respect to you, I feel I must disagree. I request you not to connect me to such a discourteous depiction,” the 16-year-old actor responded.

“Women in hijab are beautiful and free. Moreover, the story depicted through this painting is not even remotely relevant to mine,” she said in a series of tweets. The tweets were, however, not found on her timeline later.

Goel replied: “You have interpreted wrong. I appreciated your work and stated that evil and patriarchal notions must be discouraged.

“I’m afraid you still haven’t understood. But I wish you all the very best and appreciate your work. Hope to meet and interact too,” he added.

She had posted an apologetic statement on her Facebook page, saying she had unintentionally hurt people’s sentiments, but the post, too, was later deleted. (IANS)