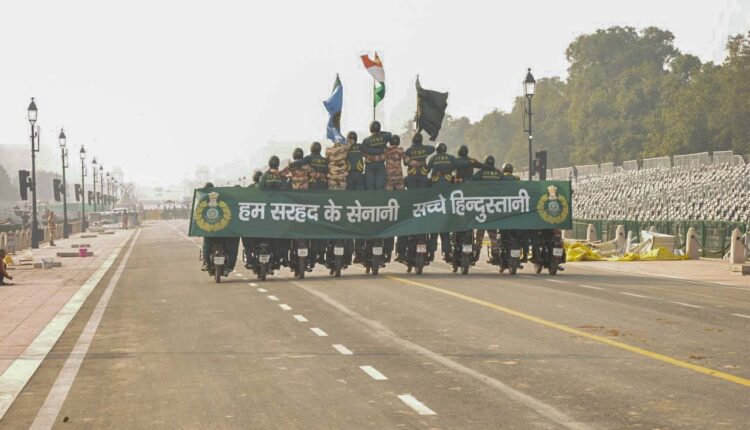 New Delhi: In a first, the ‘Daredevil’ bikers of the Indo-Tibetan Border Police (ITBP) will showcase 10 kinds of formations at Rajpath on the Republic Day Parade-2022, the force officials said on Wednesday.

The Daredevil teams will display the Lotus Formation, Border Man’s Salute, Fly Riding, Pawan Chakki, Horizontal Bar Exercise, Six Man Balance, Arrow Position, Jaguar Position, Sentinels of the Himalayas and the theme based Pyramid on ‘Azadi Ka Amrit Mahotsav’ on the 75th Anniversary of India’s Independence. These acts will be showcased as formations on the moving bikes by the Himveers of the ITBP.

Ahead of the R-day, the Daredevils (Janbaz) team of ITBP which was formed in 2017, is practising hard at Rajpath every day for their proposed demonstrations on January 26. A total of 146 personnel and 33 Bullet Motorcycles of ITBP will participate in the Mission ‘Daredevils’.

This is for the first time that an ITBP motorcycle contingent will showcase its skills at Rajpath at the Republic Day Parade.

Seema Bhawani bikers contingent was raised at Central School of Motor Transport, BSF Academy in Tekanpur on October 20 in 2016. This group has been specially handpicked by BSF trainers and are in the age group of 25-30 years.

Raised in 1962, the ITBP guards the icy frontiers of the nations in the Himalayas while the BSF guards the western and eastern border with Pakistan and Bangladesh respectively.