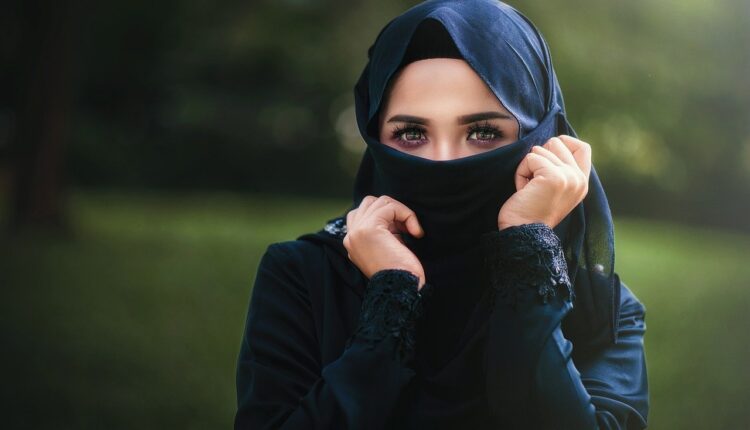 The humans with scientific and independent mentality are sufferer in a theocratic state or when the state becomes the prisoner of any religious fundamentalism and fanaticism. Such a system breeds obscurantism, superstitions, irrational theory, and unscientific temper. What is reprehensible is that in such a regime, women and children become the worst victims. Their liberty, freedom, and movement are curbed first, and are asked to remain confined to the four walls of the house.

Trump’s thoughtless agreement with the Taliban and Biden’s haphazard and ill-conceived withdrawal impelled Taliban groups to seize Kabul on 15 August after Afghan president Ashraf Ghani fled the country. Surely, this has caused the humanitarian crisis unfolding in Afghanistan. Afghan people especially women are going to undergo the excruciating experience of torture, humiliation and deprivation.

However, in order to hoodwink people around the world, the Taliban have sought to portray themselves as more moderate and insisted that the movement will not impose the same harsh restrictions and Islamic codes, they enforced in the 1990s. Taliban held a news conference in Kabul. Its spokesman, Zabihullah Mujahid, bent over backward to reassure the international community of the group’s benign intentions. He promised an inclusive government, hinted at elections and declared that today’s Taliban has changed considerably since it lost its grip on power 20 years ago. A U.S.-led invasion drove them from power months after the 9/11 attacks, which al-Qaida had orchestrated from Afghanistan while being sheltered by the Taliban.

He insisted that the new Taliban government will protect freedom of speech, human rights, and women’s rights —within the bounds of Islamic law,” or Shariah, under their newly established rule. He repeatedly assured that there will be no violence against women. He further said, “No prejudice against women will be allowed, but the Islamic values are our framework.”

But it is not clear what that will mean. Shariah is based on the Quran, stories of the Prophet Muhammad’s life, and the rulings of religious scholars, forming the moral and legal framework of Islam. The Quran details a path to a moral life, but not a specific set of laws. One interpretation of Shariah could afford women extensive rights, while another could leave women with few.

The interpretations of Shariah are a matter of debate across the Muslim world, and all groups and governments that base their legal systems on Shariah have done so differently. When the Taliban say they are instituting Shariah law, that does not mean they are doing so in ways that Islamic scholars or other Islamic authorities would agree with.

Shariah lists some specific crimes, such as theft and adultery, and punishments if accusations meet a standard of proof. It also offers moral and spiritual guidance, such as when and how to pray, or how to marry and divorce. It does not forbid women to leave home without a male escort or bar them from working in most jobs.

Many observers were struck by the vagueness of the language. But many Afghans remain sceptical — and thousands have raced to the airport, desperate to flee the country. Critics have said that some of the Taliban restrictions on women under the guise of Islamic law actually went beyond the bounds of Shariah. The Taliban was last in power from 1996 to 2001. During its previous stint in power, the Taliban stunned the world with the harshness of its regime. Repression of women was its hallmark.

They established a department for the Promotion of Virtue and the Prevention of Vice based on a Saudi model. It forbade girls’ education and women the right to work and refused even to let them travel outside their homes without a male relative to accompany them. Restrictions on behaviour, dress, and movement were enforced by morality police officers, who drove around in pickup trucks, publicly humiliating and whipping women who did not adhere to their rules.

They banned television and most musical instruments. They also carried out public executions, floggings, and chopped off the hands of thieves. Women accused of adultery were stoned to death. The Taliban forcibly marry women who will oppose them. In 1996, a woman in Kabul, Afghanistan, had the end of her thumb cut off for wearing nail polish, according to Amnesty International.

Experts have been scanning Taliban leaders’ recent behaviour for clues as to whether their treatment of women will change. But black will take no other hue. Evil can take many disguises but it is always black (evil). Yes, the Taliban has indeed changed: It has become more sophisticated at using Western media to advance its agenda. The reality in the streets of Kabul tells a different story.

The Taliban is already covering up pictures of women from billboards and posters. Soon, women will be erased from the public sphere. And during the intervening two decades, it has given numerous examples of the same tendencies. Let us be under no illusion. This is a disaster for women in the region.

When a senior Taliban official gave an interview to a female television journalist in Kabul this week, it was part of a broader campaign by the group to present a more moderate face to the world and within Afghanistan. But hours later, a prominent woman anchor on state television said that the Taliban had suspended her and other women who worked there indefinitely. Outside Kabul, some women have been told not to leave home without a male relative escorting them, and the Taliban have prevented women from entering at least one university. They have also shut down some women’s clinics and schools for girls.

Some television programmes, including Turkish and Indian soap operas, have already been replaced by Islamic ones, while owners of businesses have taken down pictures of women from beauty salons, tailor shops, and plastic surgery centres for fear of being punished by Taliban militants. Many female professionals have been told to stay at home. Many women are already adjusting their lives in the expectation of what is to come.

Afghan women fear the worst under Taliban rule. The female activists fear to return to ‘dark days’ amid Taliban sweep. However, the rights won by them in the past two decades are in danger of being swept away. Concern grows that two decades of educational, social, and political rights are about to be curtailed and rolled back which enabled them to become MPs, drive cars and compete in sporting events.

The U.N. refugee agency says nearly 250,000 Afghans have fled their homes since the end of May amid fears the Taliban would reimpose their strict and ruthless interpretation of Islam, all but eliminating women’s rights. Eighty percent of those displaced are women and children.

Female academics expect the burka to once again become obligatory dress and worry that gender segregation will be imposed at universities — if women will be allowed to continue their roles in education. They are also concerned that elements of schools’ curriculum will be curtailed or abolished, such as English, mathematics, and physics, and replaced with more Islamic lessons.

In Kabul, another university professor said she and her colleagues were “in a huge state of uncertainty with grave security concerns”. “We have no idea what’s going to happen to us”. Afghanistan has a literacy rate of 43 per cent, up from 31.4 in 2011 but still one of the world’s lowest rates. The gender gap remains substantial, with men’s literacy at 55 per cent and women’s at 30 per cent, according to the World Bank.

Masih Alinejad is an Iranian journalist, author, and women’s rights campaigner who has written an article titled “The Taliban says it will respect women, but we Iranians have seen this movie before”, in The Washington Post on August 19, 2021, https://www.washingtonpost.com/…/taliban-say-theyll…/. In the article, she cites how Ayatollah Ruhollah Khomeini has promised freedom for women but did just opposite after riding into power in Iran.

According to her, Women understand Islamist groups better than most because they suffer the harshest consequences. The Islamist war is first and foremost directed against women. Mujahid’s statements bear an eerie resemblance to the assurances given by Ayatollah Ruhollah Khomeini, the leader of the Islamic Revolution, to the Western press before he came to power in Iran.

In December 1978, before his return from exile, Khomeini said: “Women can choose any kind of attire they like so long as it covers them properly and they have hijab.” A few weeks later, on Jan. 23, 1979, he declared: “We will give women every kind of freedom, but we will prevent moral corruption and, where this is concerned, there is no difference between men and women.” Aside from mollifying Western observers, Khomeini was probably trying to reassure his liberal allies in the revolution against the shah, which included a vast number of active and vocal women.

Yet once the Islamists took over for good, the new reality set in. Female judges, including Shirin Ebadi, who later went on to receive the Nobel Peace Prize in 2003, were fired. Female singers were banned, and the authorities forbade a number of athletic activities for women. Most importantly, a compulsory hijab was introduced. Women or girls who refused the forced hijab found themselves deprived of access to education. They were not allowed to hold jobs and faced arrest. A hijab is a religious veil worn by Muslim women in the presence of any male outside of their immediate family, which usually covers the hair, head, and chest.

According to the Iranian interpretation of Shariah law, women who resist the compulsory hijab in public are punished with up to 74 lashes. Several women’s rights activists have been sentenced to long prison terms for simply saying no to forced hijab. And yes, of course, Iranian Islamists are Shiites, while the Taliban is Sunni; there are many differences between them. It just so happens, however, that their contempt for women is one of the core ideological tenets they share.

On March 8, 1979, on International Women’s Day, more than 100,000 Iranian women marched against Khomeini’s decree imposing compulsory hijab. The new regime put down this massive protest with force. Unfortunately, Afghan women may be facing a fate that is even worse.

Negative assessments have been rising ever since, with a particularly dramatic shift in 2015. That year, Afghans moved from 55 percent viewing the future of their country positively to 37 percent saying the same thing. The corrupt and troubled 2014 presidential election clearly shook Afghans’ belief in the new democracy’s future.

Hence, it is clearly established that women are neither safe during foreign-controlled regimes nor when state rules based on religion. No religion is bad and never preaches violence. Anybody acquiring power through violence cannot claim to be a follower of any religion. Religion may be misinterpreted and selectively used to retain, capture the power and browbeat women, children, dissenters, reformers, and minor communities.

Indians have to learn from Afghan tragedy, turmoil as under the veil of our fledgling democracy, religious fundamentalism is gripping governance. It is high time that Indians should also rise to the occasion and try to segregate the state from religion so as to sustain our secular democracy.