Data on home isolated persons must be collated daily: Centre to States, UTs 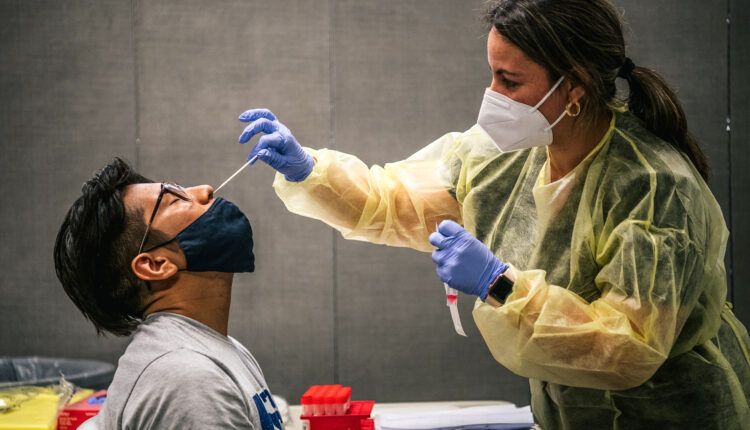 New Delhi: The Centre on Thursday directed all states and UTs to ensure that the daily status report of the home isolated persons are collated by the control rooms at the district and sub district levels in accordance with the new guidelines.

In a letter dated on January 1, the health ministry had asked the states and UTs for re-establishment of Control Rooms at District and sub district level to ensure ease of access to services like ambulance transportation and hospital beds.

In continuation of that letter, the ministry on Thursday asked the states and UTs to ensure adequate staff and medical doctors at the control rooms in view of rise in the case.

“One of the core responsibilities of the control rooms shall be to collate the daily status report of all patients under home isolation in their jurisdiction and submit the same to the district administration”, reads the letter.

The control rooms will be responsible to make calls to the patients under home isolation for regular monitoring the status report.

Along with enabling the infrastructure to provide unintended connectivity, the control rooms will remain functional round the clock to provide support to the patients. The control rooms need to ensure mechanism for the allotment of beds.

The ministry has asked the district administration to allot the dedicated ambulances for each control rooms.