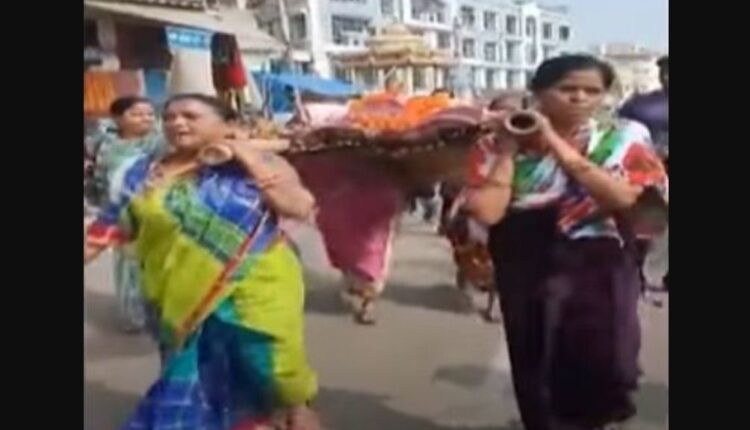 Puri: Breaking stereotype and cultural barriers, four women carried the body of their mother on shoulders to the crematorium for last rites in Odisha’s Puri town as two sons of the deceased didn’t turn up for the funeral.

According to reports, 80-year-old Jati Nayak of Mangalaghat here passed away yesterday. Her two sons didn’t arrive to perform funeral rites despite being informed about their mother’s demise.

The octogenarian’s four daughters then decided to cremate her on their own. With the help of some neighbours, they carried the body for 4 kms to Swargadwara, where the rites were performed.

“My brothers were neglecting my mother and not allowing her to stay with them. They never cared about her well-being. She was residing with my younger sister. As they didn’t turn up after my mother’s death, we four decided to perform the last rites without their help,” said one of the daughters of the deceased.

Locals heaped praise on the four sisters for their exemplary act.