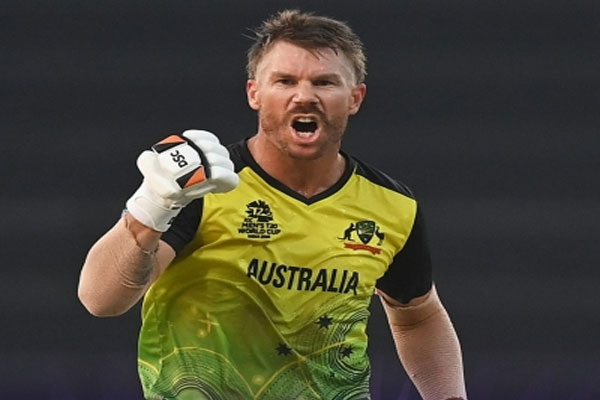 Big Bash League (BBL) ‘Player of the Tournament’ Ben McDermott, who averages just 13.66 from 17 T20Is, will hope to continue from where he had left off in the BBL when the series commences. The 27-year-old has hit 577 runs at 48 for the Hobart Hurricanes in BBL-11, smashing back-to-back centuries and three half-tons across 13 games

The Aaron Finch-led 16-member Australian squad also has Test skipper Pat Cummins, pace bowler Mitchell Starc and Josh Hazlewood, who will return to action after missing four Ashes Tests due to a side strain.

Pace bowler Jhye Richardson as well as Ashes ‘Player of the Series’ Travis Head and Moises Henriques have also earned recalls to the squad after having missed last year’s ICC T20 World Cup in the UAE.

ICC T20 World Cup heroes Warner and Marsh will miss the series against Sri Lanka ahead of the crucial three-format tour of Pakistan scheduled to commence in March. Head coach Justin Langer, whose contract expires in June this year and is currently awaiting clarity from Cricket Australia (CA) on the extension of his term, has also planned a leave ahead of the Pakistan trip.

Assistant coach Andrew McDonald will take charge for the Sri Lanka series, which will run from February 11-20 and feature games in Sydney, Canberra and Melbourne.

Leg-spinner Mitchell Swepson, who was also a part of the Australian winning side during the ICC T20 World Cup last year, has also been excluded along with Warner and Marsh for the Sri Lanka series.

Daniel Sams, Nathan Ellis (sidelined by injury) and Dan Christian, who were the reserve players during the World Cup, have also been left out.

“I don’t think that I wasn’t ready to play for Australia (before), but I do feel ready now,” McDermott was quoted as saying by cricket.com.au on Tuesday.

“I’ve developed a lot of learnings through those (previous T20I matches) experiences. They haven’t been good ones, I won’t shy away from that, but I’ve definitely learned from those experiences and hopefully I come back well.”

“This squad will begin preparation for the ICC T20 World Cup defence at home later this year and includes several players who have an early chance to impress in these five matches against a quality opposition,” said selection chair George Bailey.

Head coach Langer has been away from his home in Perth since October and it’s to be seen when he’ll be able to go home after Western Australia recently reversed its decision to allow quarantine-free travel into the state from February 5, according to the report.