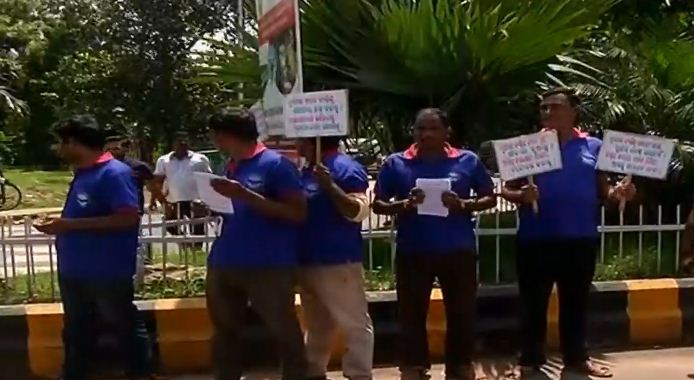 Bhubaneswar: A day after resentment of public over the newly-implemented MV Act took a violent turn at the Rajmahal Square in Odisha capital, the Commissionerate Police today went for sensitization drive over traffic rules.

Chocolates, ‘thank you’ cards and leaflets were distributed among commuters at the AG Square here in a bid to make people aware about the new traffic rules.

“We extend our thanks to the denizens of Bhubaneswar for their support and cooperation. They are adhering to traffic rules now,” said Sagarika Nath, Traffic DCP, Bhubaneswar.

“As directed by the Commissioner of Police, we are prioritising only five aspects during checking. Drunken driving, usage of mobile phones during driving, driving on wrong side of road, triple riding and non-usage of helmets & seat belts are in our focus,” she said.

Notably, hundreds of commuters gathered at the Rajmahal Square yesterday and gheraoed the on-duty police personnel in protest against the huge amount of challan being slapped on vehicle owners and drivers for violation of traffic rules. They alleged the authorities were not checking documents of government vehicles and their drivers were not being penalised for violations. Police had to resort to mild lathi-charge to disperse the crowd.