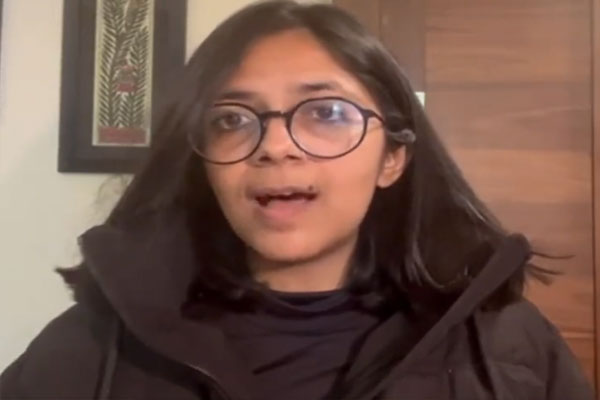 New Delhi: Delhi Commission for Women chairperson Swati Maliwal was allegedly dragged by a car for 10-15 metres when she was reprimanding a drunk man who had stopped near her and asked her to sit in his car.

When she went near the driver’s side, he quickly rolled up window, her hand got stuck and she was dragged.

According to Chandan Chowdhary, the Deputy Commissioner of Police (South), on January 19, a PCR call was received at 3:11 a.m. that a woman has been dragged near AIIMS bus stop.

“The call was made by Garuda 1 (special patrolling vehicle in South district) to the control room at 0310 hrs. The patrol vehicle had seen the woman on the pavement opposite AIIMS Gate number 2 area at 3.05 a.m and had stopped to enquire from her whether she was in distress,” said the DCP.

“She refused and went near the driver’s side window to reprimand him. The car driver quickly rolled up the window, as such that her hand got stuck and she was dragged for 10-15 metres,” the official added.

“The said Baleno vehicle was apprehended by the PCR vehicle and Garuda at 03.34 a.m. The woman was identified as Swati Maliwal. A written complaint was taken from her. The driver of the vehicle and complainant were sent for medical examination,” said the DCP.

The accused identified as Harish Chandra, a resident Sangam Vihar, has been apprehended, said police.