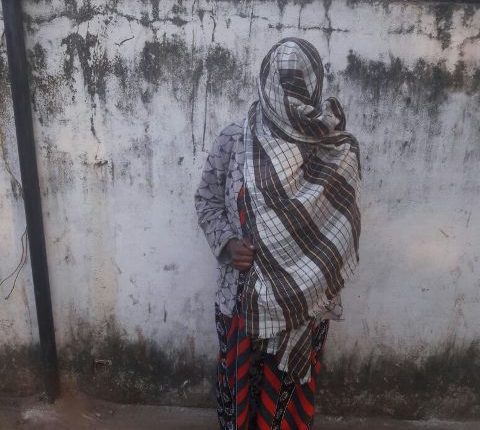 Bhubaneswar: Being violent over husband’s alleged illicit affairs and torture, a woman set him on fire while he was sleeping at night. The accused confessed to the barbaric crime after her arrest in the incident here.

The accused identified as Kishori Nag, wife of the victim Sudarshan Nag, was arrested by Laxmisagar police. She was sent to jail after appearing before the court on Tuesday.

According to reports, Kishori, who hails from Balangir, was staying in a house on rent along with husband and two children at Laxmi Vihar canal road under Laxmisagar police limits. She set her sleeping husband on fire as part of revenge she wanted to take from him over his alleged illicit affairs with three other women.

The incident took place on January 28 night. She poured petrol on body of her husband and set him on fire while he was in deep sleep at around 2 pm. She fled the spot after closing the door from outside. The locals informed the fire services and police after they noticed fire in the house. After reaching the spot fire tenders controlled the fire and police rescued Sudarshan, who was almost burnt. He was rushed to Capital Hospital and then shifted to the SCB Medical & Hospital in Cuttack where he was declared dead following treatment.

Reports said that Kishori along with her husband and two children had moved to Bhubaneswar for livelihood in 2016. While Sudershan started working at a hotel near Laxmi Vihar, Kishori was earning from tailoring at Sabar Sahi area. After few months, Kishori started fight with Sudershan over his suspected extra marital affair with a woman. Later, she came to know her husband had affairs with three other women. She alleged that she was physically and mentally tortured by her husband for his illicit affairs with other women. Later, she decided to finish everything by killing him. As per her plan, she bought petrol from a nearest petrol pump and waited for the time to take her revenge. She poured petrol on Sudershan’s body and set fire while he was sleeping.

During investigation, police suspected Kishori in the murder case. A team of police arrested her from her house in Balangir.

A day before retirement, Odisha govt official arrested. Here’s why