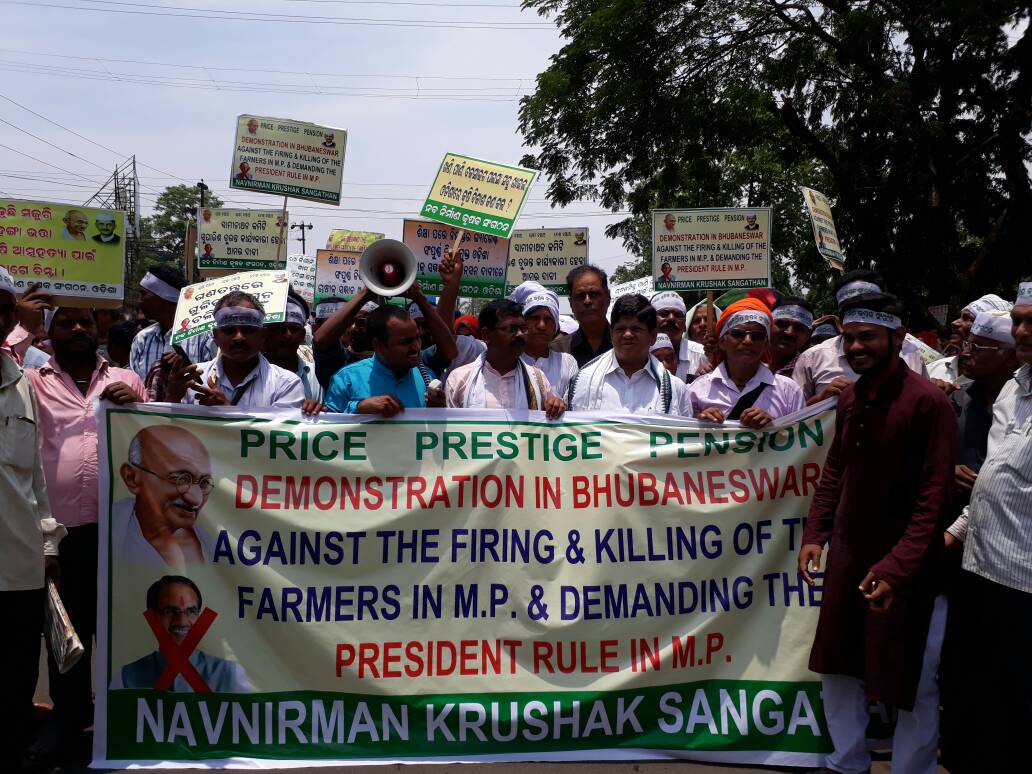 “The NKS has hit the streets today to protest and condemn the death of farmers in firing in Madhya Pradesh. We express condolence to the deceased farmers’ family. The NKS had earlier staged agitation over the suicide of farmers and continuing it,” said NKS advisor Soumya Ranjan Patnaik.

Notably, farmers in Mandsaur had staged a protest demanding better prices for their crops and loan waiver.

On Tuesday, the agitating farmers resorted to violence, pelting stones at police. In retaliation, police opened fire at the farmers’ mob, leaving five dead, according to official count, but farmer leaders claim eight were killed.