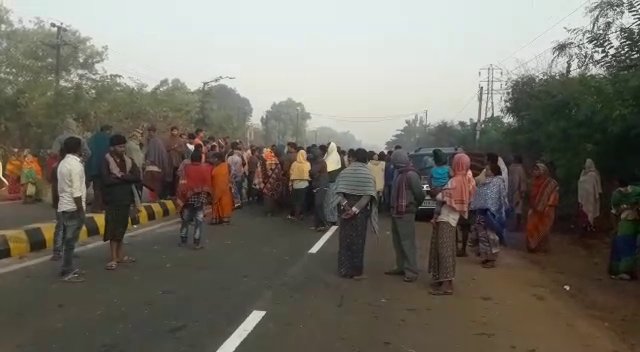 Bhubaneswar: Tension gripped Khandagiri area in Odisha capital today following the death of a woman after a speeding SUV hit her near Naka Gate here.

According to police sources, a Scorpio SUV hit Labanya Swain, a woman of Chalasahi Basti, while she was returning home after taking bath. She died on the spot.

Locals then gathered at the place, detained the car driver and handed him over to police. They also blocked the Kalinga Studio-Khandagiri road demanding Rs 5 lakh compensation for the family of the deceased woman.

Till last reports came in, police were trying to pacify the locals for withdrawing the road blockade. The SUV has been seized by the cops.