Death toll in train station attack in Ukraine rises to 25 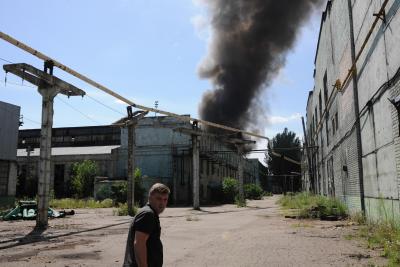 Kiev: Twenty-five people have been confirmed dead in the Russian shelling of the Chaplyne train station in Ukraine’s central Dnipropetrovsk region, a top official said here on Thursday.

Two children were among those killed in the shelling that took place on Wednesday as the country marked its 31st Independence Day, dpa news agency quoted deputy head of the presidential office Kyrylo Tymoshenko as saying on his blog on Telegram.

He said another 31 people were also injured.

President Volodymyr Zelenksy said in a video address late on Wednesday that five dead bodies had been recovered from a car by the railway tracks.

Train stations and rail infrastructure have been repeatedly hit during the war which completed six months on Wednesday.

In April, at least 57 people died in an attack on the Kramatorsk station in the eastern Donbas region.

On Tuesday, Zelensky had warned citizens against massive shelling and possible provocations by Russia on Independence Day.

Besides the station attack, authorities reported several others across the country on Wednesday, including the Khmelnytskyi region in the west and Zhytomyr in the north.

Reach out to underprivileged: President Murmu to IAS officers

“He is accepting me as wife”: Techie Sweta Kumari’s diary reveals more about relationship with boyfriend