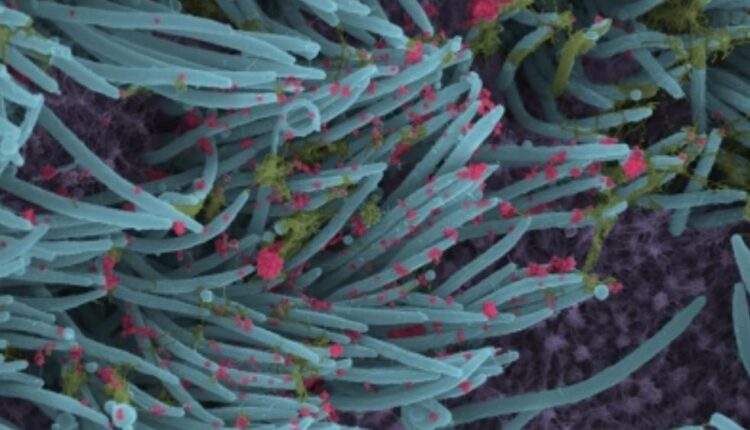 New York: US researchers have found how antibodies produced in people who effectively fight off SARS-CoV-2 work to neutralise the part of the virus responsible for causing Covid infection.

The team from the University of Texas at Austin analysed blood plasma samples from four people who recovered from SARS-CoV-2 infections. They found that most of the antibodies circulating in the blood — on average, about 84 per cent — target areas of the viral spike protein outside the receptor binding domain (RBD) — the most obvious part of the coronavirus’ spike protein.

Because the RBD is the part of the spike that attaches directly to human cells and enables the virus to infect them, it was previously assumed to be a primary target of the immune system.

“We found these antibodies are painting the entire spike, both the arc and the stalk of the spike protein, which looks a bit like an umbrella,” said Greg Ippolito, Associate Professor in UT’s Department of Molecular Biosciences.

“The immune system sees the entire spike and tries to neutralise it,” Ippolito added.

About 40 per cent of the circulating antibodies target the stalk of the spike protein, called the S2 subunit, which is also a part that the virus does not seem able to change easily, the researchers explained in the paper published in the journal Science.

“That’s an advantage our immune system has. It also means our current vaccines are eliciting antibodies targeting that S2 subunit, which are likely providing another layer of protection against the virus,” Ippolito said.

The finding will also help design vaccine boosters or next-generation vaccines against variants of concern, and even for developing a vaccine that can protect against future pandemics from other strains of the Coronavirus.

“It means we have a strong rationale for developing next-generation SARS-CoV-2 vaccines or even a pan-Coronavirus vaccine that targets every strain,” Ippolito said.

FIR against two for breach of IPL bubble in Delhi

Women in 3rd trimester unlikely to pass Covid infection to…