Decomposed body of missing teacher found from hill in Odisha 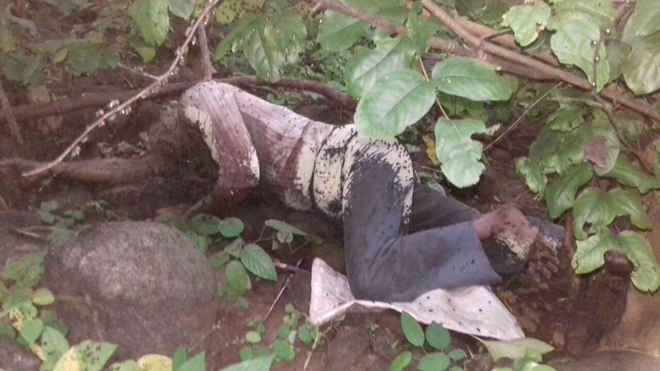 After four days of mysterious disappearance of a school headmaster, police today recovered the decomposed body from a hill in Odisha’s Kalahandi district.

According to reports, the deceased identified as Raghumani Rout left for his school as usual at around 10 am on Tuesday. Rout was working as headmaster of Badabhuin school. However, he was transferred to Nakatakani school as the state government and school management committee had decided to shut down the institute considering its poor strength.

When he did not return to his home till late in the evening, the worried family members filed a missing complaint with Golamunda police station on the same evening.

Following this, local police and SOG jawans began a search operation in nearby Nakatakani forest. However, the incident took a dreadful turn after his cycle was found in Nakatakani area on Thursday.

Earlier in the day, the family members of Rout staged a dharna in front of the Golamunda police station. They were hellbent not to move an inch till the whereabouts of the missing person was traced.

To everybody’s surprise, the police personnel found the decomposed body in Nagesh hill with a knife besides his body. Police suspect that the man was murdered by slitting his throat before dumping his body in the forested area.

“The body of the missing teacher has been found. The body will be sent for post-mortem tomorrow,” Golamunda police station IIC, Kusha Panigrahi said.

While the incident has sent shock waves in the area, the bereaved family members and the residents have demanded for a probe into the incident and nab the culprits involved in it.

BJD to take out Janasamparka Yatra across Odisha from Oct 2