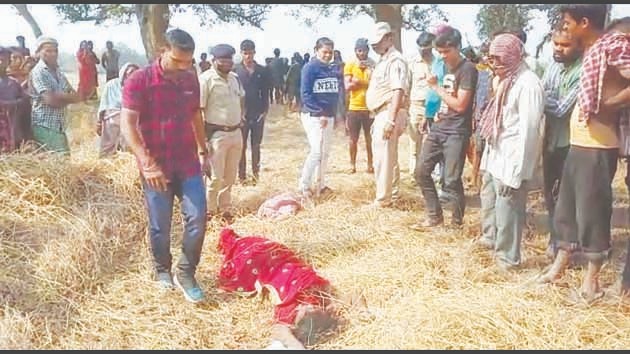 Balasore: The police today recovered a decomposed and naked body of a woman with hands and legs tied in a farmland in Odisha’s Balasore district. The deceased was identified as Sabita Singh, wife of one Madhu Singh from Ambagadia village in Soro area.

Initially some locals spotted the decomposed body under a stack of rice straw in the farmland near Dahipur village after foul smell emanated. They informed police about the matter who recovered a gamucha, broken liquor bottles, sindoor and woman clothes a few metres away from the body.

A police official said circumstantial evidences show the woman was murdered after being raped. The woman’s body is in decomposing state and she could have been killed two days ago, the police official added.

Youth critical in firing in Odisha Capital over suspected past enmity