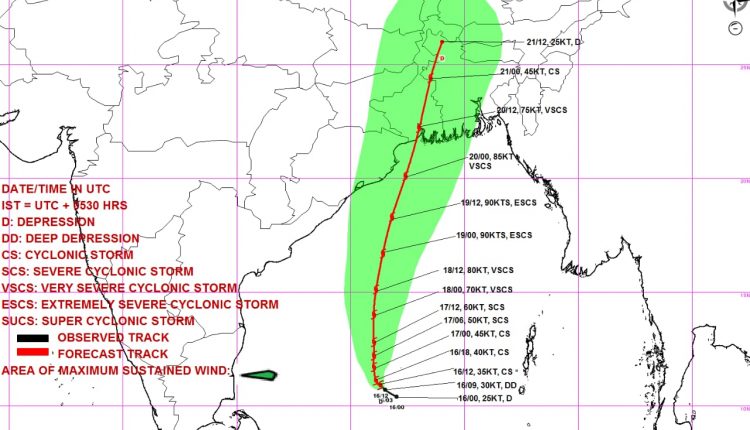 Bhubaneswar: The India Meteorological Department (IMD) today said the deep depression over Southeast Bay of Bengal and neighbourhood has intensified into a Cyclonic Storm ‘AMPHAN’ (pronounced as UM-PUN). It remained practically stationary during past six hours, the IMD said.

The cyclonic storm ‘Amphan’ lay centred over the same region at 5:30 PM today near latitude 10.9°N and longitude 86.3°E.

Meanwhile, INCOIS-IMD jointly released its forecast on wave height and swell height for coastal region into the ocean up to 10 km off Odisha coast. 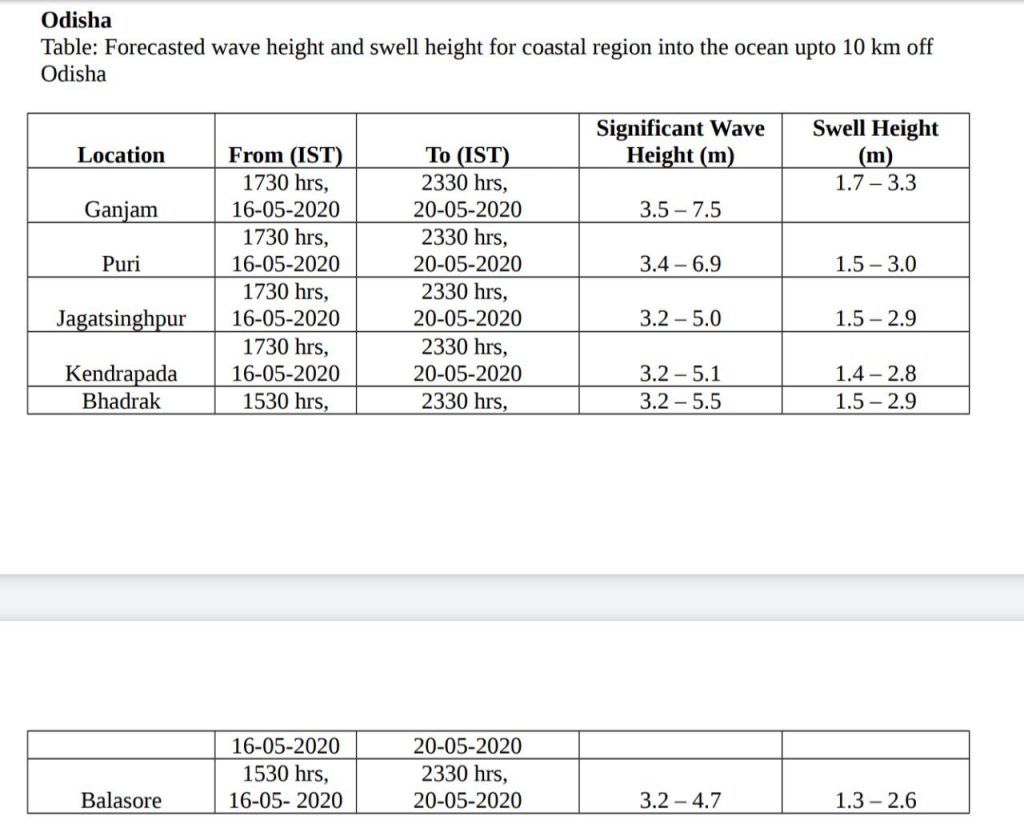