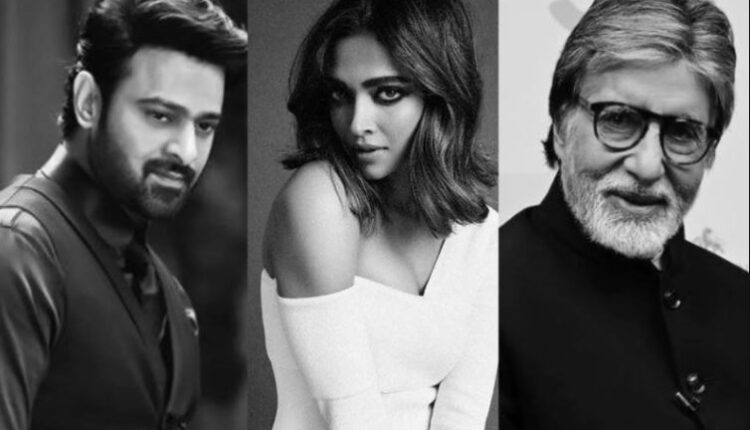 The movie is tentatively titled ‘Project-K’ has begun the shoot, as the makers started the first schedule in Hyderabad. The film’s shoot is presently taking place in Ramoji Film City in Hyderabad. The team will be shooting a few scenes involving Prabhas and Deepika.

Deepika Padukone had flown to Hyderabad a couple of days ago to start shooting, while Prabhas joined the sets recently. Meanwhile, the makers released a video byte of the first shot, which they filmed on Prabhas and Deepika. The video shows the camera cranking, as Prabhas and Deepika are seen joining hands.

With a dream cast that includes the biggest names in Indian cinema – Amitabh Bachchan, Prabhas, Deepika Padukone, and others will be seen in important roles.