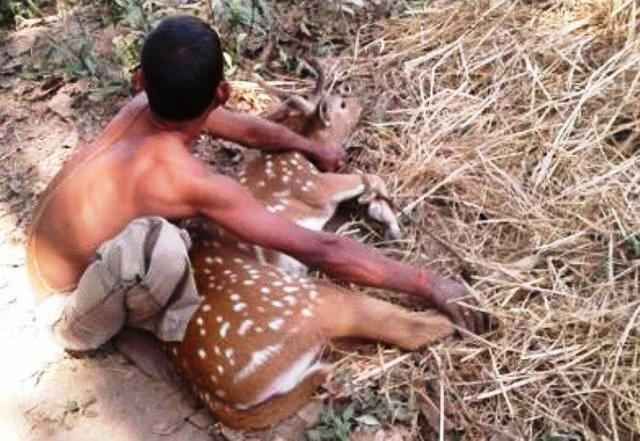 Odisha police and forest officials with help of villagers rescued a deer from Balisahi village under Satyabadi block in Puri district today.

According to reports, some villagers spotted a deer being chased by dogs who had strayed into village in search of food.

They informed the incident to police and forest department.

Later, with help of police and forest officials villagers rescued the deer aged about four years and brought the animal to rescue centre in Puri.

Notably, yesterday two deers were rescued from Kanasa and Balanga area in the district.

Happy for my father: Hrithik on ‘Kaabil’ success