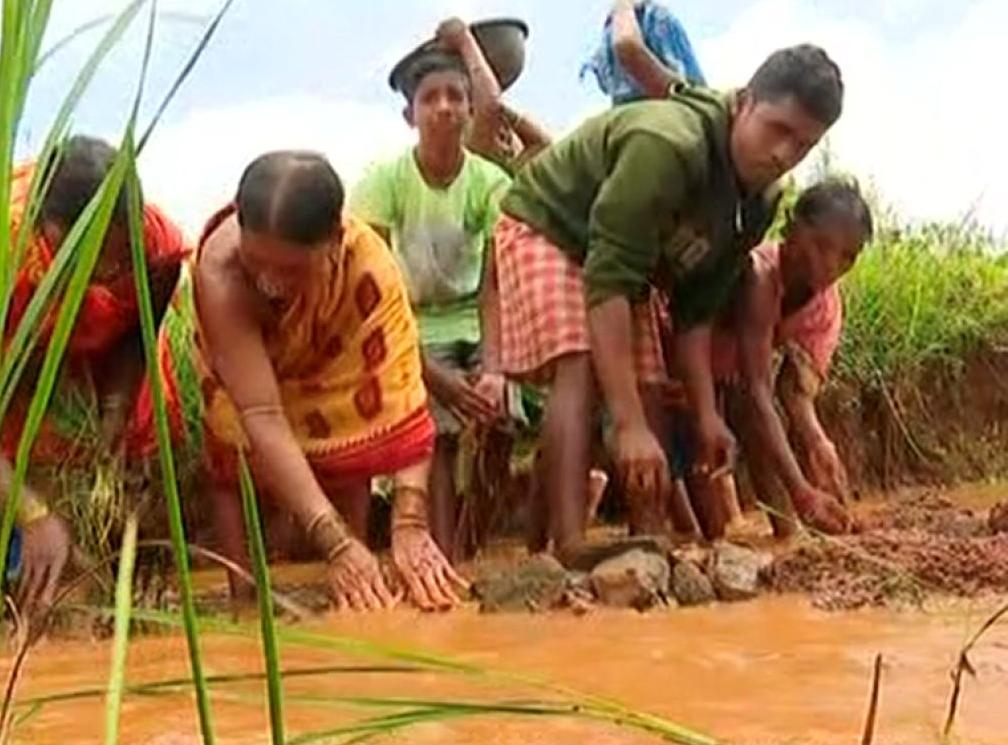 Koraput: Villagers of Pindiki Maliguda in Odisha’s Koraput district have set example for many. Without waiting for any help from the district administration, they have irrigated their farmlands located close to a hill on their own.

Though Pindiki Maliguda village is not very far from Koraput municipality area, basic facilities still elude the village. Above all, irrigation facilities were a distant dream for them until they decided to find a solution on their own.

Not only in terms of labour that the 37 families of the village contributed to bring the stream water, they also put together Rs 1.5 lakh to purchase 37 pipes of 20-ft-long each needed to execute the irrigation plan.

Earlier, except rainy days, the villagers used to sit idle or work as migrant labourers during the other seasons of a year.

“The villagers requested the administration to do something to ensure that their farmlands are irrigated. But our pleas fell on deaf ears and we decided to take up the issue on our own. From our savings, we contributed  for purchase of pipes to channelize stream water to our agriculture lands,” said Mukund Nayak, a villager.

“After bringing the stream water to the farmlands, we are able to cultivate different varieties of flowers and fruits. Now, we are happy that we have managed to earn some good money by selling agricultural produce at nearby Koraput town,” said Janaki Pujari, another villager.

But still the residents of Pindiki Maliguda village are a worried lot. As water flows with strong current in the stream during rainy days creating troubles for the villagers to get water, they demanded the district administration to build an embankment as a permanent solution.

“Also, we want digging of a deep borewell in the village so that our drinking water issue gets resolved,” said Chanchala Nayak, another resident of the village.