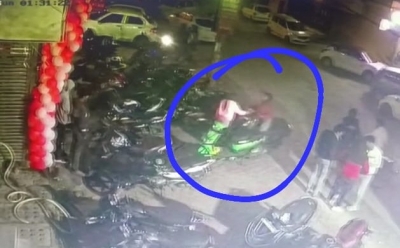 New Delhi: In wake of the Kanjhawala incident in the national capital, Deputy Commissioner of Police (DCP) Rohini district, Guriqbal Singh Sidhu has asked all the Inspector level personnel in the district to share their live locations with him while on night duty, and not to leave police stations without his permission.

IANS accessed the message passed by the DCP to his juniors in which the official stressed on three important points – patrolling, location sharing and presence at police station.

The message reads: “All the Station House Officers (SHOs), Additional and Inspector Bravo (Inspector Investigation) of all the police stations will conduct patrolling duty in the area and will share their live locations.

“No police officials (SHO, ATO, Bravo) will leave the police station without the DCP’s permission. All the night duty SO will update their positions. Apart from from 12 a.m. to 4 a.m. the SHO, Bravo, ATO will continue update their locations,” reads the message.

A few police personnel are calling the DCPs instructions a ‘Tughlaqi Farman’, arguing that “such directions make it difficult (for them) to discharge their duties”