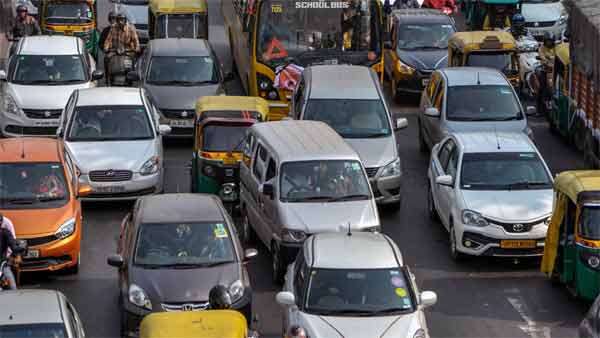 New Delhi: The Delhi government on Thursday announced a ban on entry of medium and heavy vehicles in the city from October 1 to February 28 next year, to keep a check on pollution levels in this winter.

The Delhi government had also written on June 15 to its neighbouring states, including Haryana and Uttar Pradesh, urging them to allow only BS VI-compliant buses to enter the city from October 1 in order to help control air pollution.

The letter written by Special Commissioner, Transport, O.P. Mishra said that the situation of air pollution in the national capital has attracted the attention of the Supreme Court and the CAQM (Commission of Air Quality Management in Delhi and NCR), both of which have issued directions for effective regulation of air pollution and vehicular pollution.

Every year, the capital city witnesses high levels of air pollution in the winter months from October due to a multitude of factors, including stubble burning and vehicular traffic leading to the breathing and other problems.

‘One Station One Product’ launched at Bhubaneswar, Cuttack railway stations