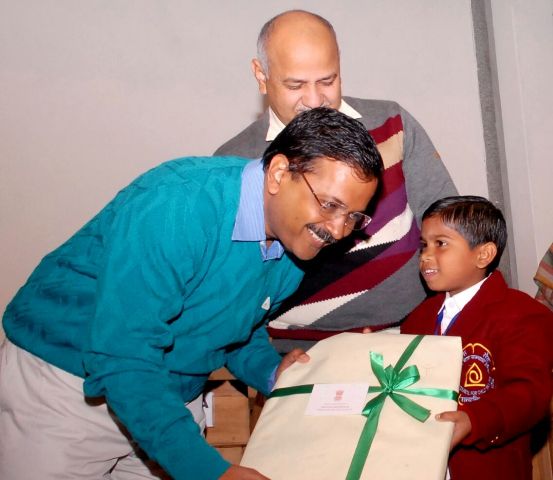 The Delhi government will provide all the facilities for education for the six-year-old Mamata if she wishes to study in Delhi, Kejriwal said while felicitating her on Friday in New Delhi for her bravery.

Mamata, the daughter of Nirmal Dalai of Bankual village under Rajanagar block in Kendrapara district, was in the news for saving her sibling from crocodile last year.

She was among 19 children selected for the National Bravery Award this year for her immense courage at little age.

The recommendation from Indian Council for Child Welfare and Mamata’s visit to Delhi for the National Bravery Award have become proud moments for the locals in Rajanagar area. The Dangamala panchayat and Rajanagar block are proud of Mamata, said Sarpanch Ramesh Behera.

Notably, Mamata showed her dauntlessness and saved her elder sister from a giant crocodile while her sibling was taking bath in a pond. The incident had occurred on April 4, 2017. She pulled her sister out from the pond when the 5-ft-long crocodile attacked her in the water.