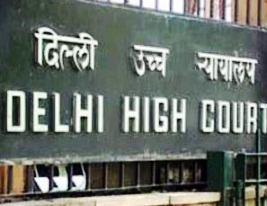 New Delhi: The Delhi High Court on Tuesday asked the Central government, Election Commission and Lok Sabha Speaker to respond to a plea for by-election in the Kendrapara Lok Sabha constituency in Odisha.

Justice Siddharth Mridul asked the poll panel and others to file their response and listed the matter for further hearing on October 16.

The court was hearing a plea by Odisha resident Samarendra Beura through his advocate Sudarsh Menon for the court’s intervention in declaring that the seat had fallen vacant following the resignation of Baijayant Jay Panda from the Biju Janata Dal (BJD).

Panda had won the seat in the 2014 general election as a BJD nominee. But on January 24, BJD suspended him from the party due to anti-party activities.

On May 28, Panda resigned from the party.

Contending that Panda has ceased to be an MP with effect from May 28, the petitioner said the EC is bound to hold a bypoll since the balance duration of the Lok Sabha is more than one year.

A Lok Sabha seat cannot be left vacant in violation of the cardinal principles of parliamentary democracy, he pleaded. (IANS)