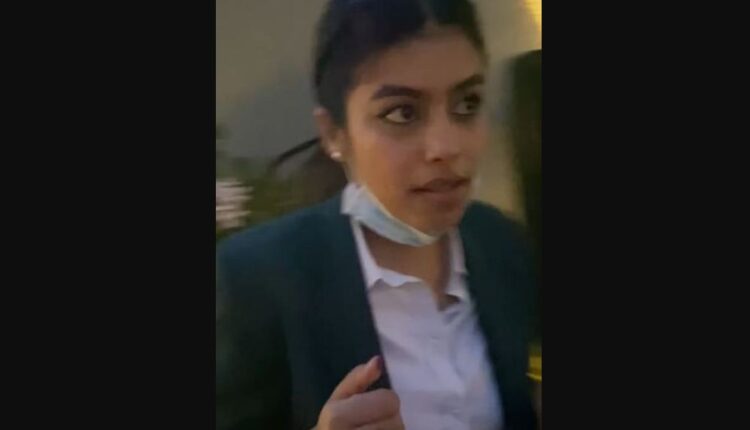 New Delhi: A video has gone viral on social media in which a woman is seen asking an employee at a restaurant in the national capital whether saree is allowed. The employee replies that “saree does not count as smart casuals” whereas the hotel only allows smart casuals.

The restaurant denies entry to the woman who is an ex journalist for wearing saree. However, the restaurant located in Khel Gaon posh area has earned the wrath of netizens after the video went viral.

The video has been shared by Anita Chaudhary, an ex-journalist who was there to celebrate the birthday of her daughter.

Talking to IANS, Anita said, “we booked a table much before to celebrate the birthday of our daughter at a restaurant named Aquila at Khel Gaon, but they didn’t permit me inside as I was wearing a saree which they don’t consider a smart casual”.

She added that even after her daughter resisted the decision to allow her mummy inside, the restaurant staff said that they will allow her only, not her mother as she was wearing saree.

Anita choudhary told IANS that she repeatedly asked the staff standing at the gate to show her the rulebook which doesn’t allow women wearing saree inside the restaurant. But, instead of showing that the staff went on repeating that they can’t allow a woman wearing a saree. She said that even restaurant manager and other staff came outside the hotel and threatened her to call bouncers and police for creating disturbances at the hotel. She said, “Even our table was booked earlier, we decided to leave the venue as they were not ready to allow me inside”.

Sharing the video, Anita Choudhary wrote, “Saree is not allowed in Aquila restaurant as Indian Saree is now not an smart outfit. What is the concrete definition of Smart outfit plz tell me. Please define smart outfit so I will stop wearing saree.”

The video has soon went viral enraging many netizens calling it ‘discriminatory’ rule of the hotel.