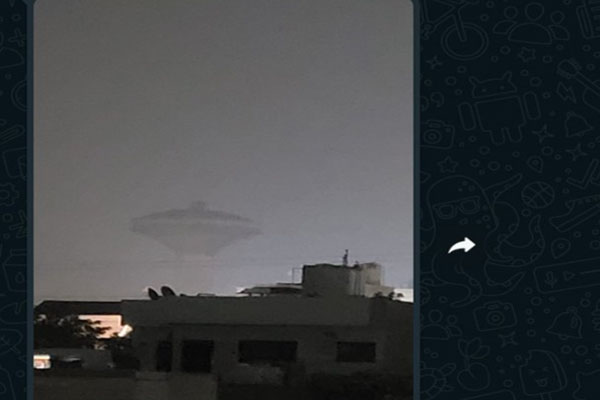 Bhubaneswar/Delhi: One of the most consistent reasons for Delhi always making headlines is its ‘poor air quality’, which has dropped a level further after this year’s aggressive Diwali celebrations in the National Capital.

Amidst the Delhites’ daily struggles with polluted air and smoggy surroundings, a photo of a conversation between two friends has left netizens in splits.

Recently, a twitterati shared a screen grab of his conversation with his Delhite friend captioning it, “a text from a friend in delhi.”

The Delhite had shared a photograph of a smog-covered water tower from a far off area which he initially perceived a UFO hovering in the sky.

Sharing the photograph with his friend, the Delhite wrote that the smog was so dense in the area that, for a moment, he thought he spotted a UFO only to realize later that it was only a water tower. 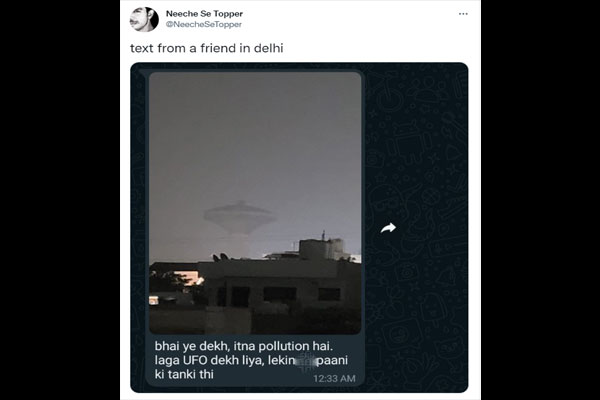 The post left netizens in splits and comments flooded in on the user’s page. while one commented, “Now UFOs can fly around Delhi in broad daylight and pretend to be water tanks when spotted !”, another wrote, “itne pollution me aliens aayenge bhi nahi.” Another user’s comment read,”Delhi waale hi future me alien banke ghumenge कुपोषण k wajah se.”