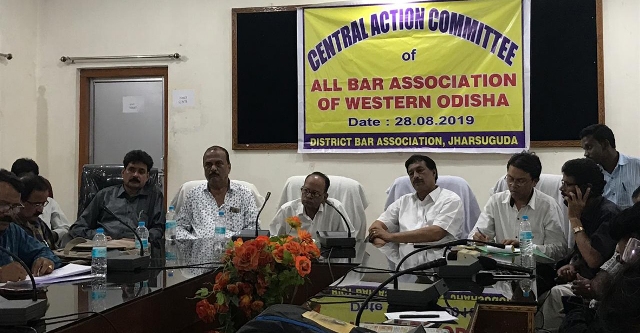 Jharsuguda: Intensifying ongoing protest demanding for a high court bench in western Odisha, the agitators decided halt court proceedings and state as well as central government works for three days every month here in the district.

As per the move by the Central Action Committee (CAC) of All Western Odisha Bar Association at a meeting on Wednesday to mount pressure on the government for establishing a permanent bench of Orissa High Court in Jharsuguda, all the courts and offices both government and private including banks, insurance companies and corporate houses will remain shut for three days towards end of every month.

During these non-working days, the judges and magistrates will not be allowed for entry into the courts.

Besides, the Bar Association panel decided to observe one-day complete shutdown in September. The date will be finalized soon at next meeting.

Earlier, the CAC had suspended hearing of all the courts till August 31 as mark of protest for setting up the high court bench in Western Odisha.