Demand for HC Bench in W Odisha: Lawyers, cops face off in Sambalpur 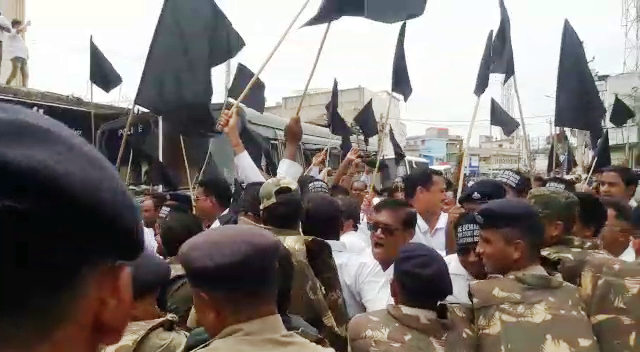 Sambalpur: A scuffle ensued between lawyers and police during a protest rally taken out by the former here today pressing for the long-standing demand of setting up of a permanent bench of the Orissa High Court (HC) in Western Odisha.

The lawyers had a face-off with the cops when the latter tried to prevent them from staging the rally near Church Chhak. Holding black flags and wearing badges, the activists also opposed Finance Minister Sashi Bhusan Behera’s scheduled visit to the town to attend a programme at GM University here today.

Besides, the activists threatened that they would not allow entry of any State or Union Minister to the town until and unless their demand is fulfilled.