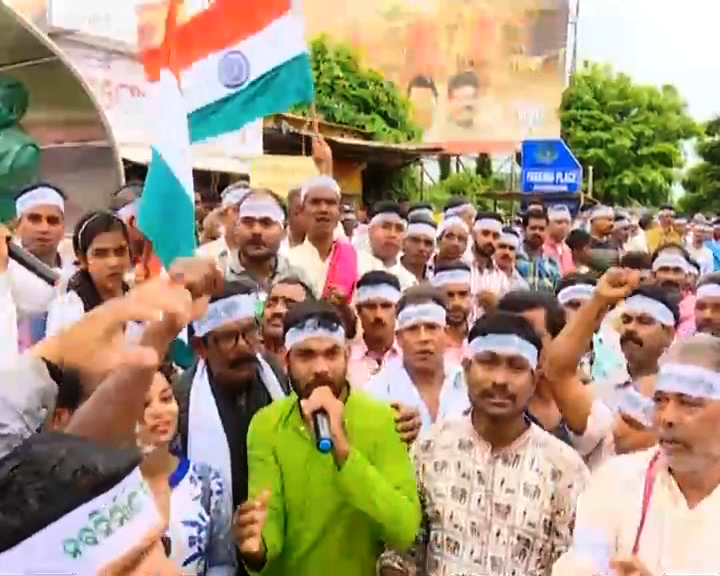 Cuttack: Reiterating the demand for price, prestige and pension, thousands of farmers, including women under the banner of Navnirman Krushak Sangathan (NKS) took to streets here today.

Alleging that both the State Government and the Centre have remained indifferent to their long-standing demands, farmers of as many as 14 blocks led by NKS Convenor Akshay Kumar took out a mass rally in the city.

“We had staged a hunger strike on March 12, we had demanded allocation of Rs 21,600 crore in the budget for 2018-19 for security allowances. However, the state government did not take any steps in this regard. If the government continues to remain silent over the issue, 3 lakhs farmers would paralyze the entire state in October,” said the Convenor.

A team of representatives would later meet the district Collector and submitted a memorandum to him in this regard, said a member of the body.

The activists demanded proper price for their produces and pension of Rs 5,000 per month for 36 lakh farmers in the state. The farmers also threatened that they would intensify their agitation in coming days and create hurdles during the upcoming elections in the State if the demands are not fulfilled at the earliest.

Use of condom increases in Odisha