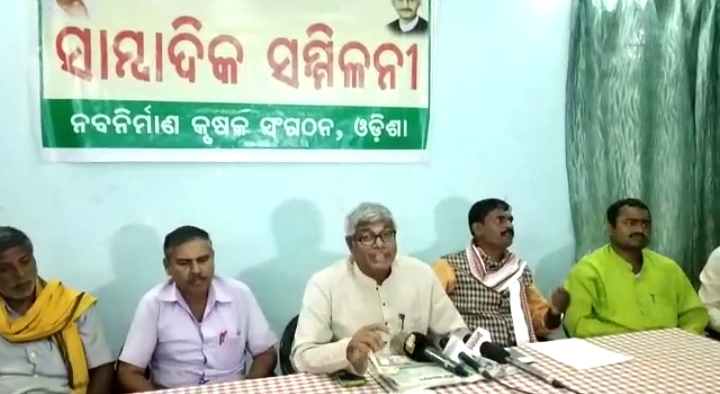 Bhubaneswar: After the eight-day Jan Satyagraha Padayatra, farmers in Odisha are all set to further intensify their agitation to press for their demand for ‘Price, Prestige and Pension’.

The Naba Nirman Krushak Sangathan (NNKS), which is spearheading the farmers’ strike in the State, today said that agitating farmers will sit on dharna in front of every Panchayat office from November 12.

At a press meet here, NNKS Convenor Akshay Kumar said farmers will stage dharna in front of every Panchayat office from November 12 and before every police station across the state from September 15.

Condemning the State Government’s efforts to restrict farmers from entering Bhubaneswar to attend a mega convention at Lower PMG, the farmers’ body warned that if they are not allowed to enter the capital city, no political leader will be allowed to enter any village in the State.

On Sunday, police stopped thousands of farmers at various places from entering Bhubaneswar while the latter were marching to the State Capital to stage demonstration and attend a convention at Lower PMG. The administration had also clamped prohibitory orders under Section 144 of the CrPC at Hansapal and Tamando to stall farmers’ protest.

Farmers to submit Memo to PM Modi during Odisha visit