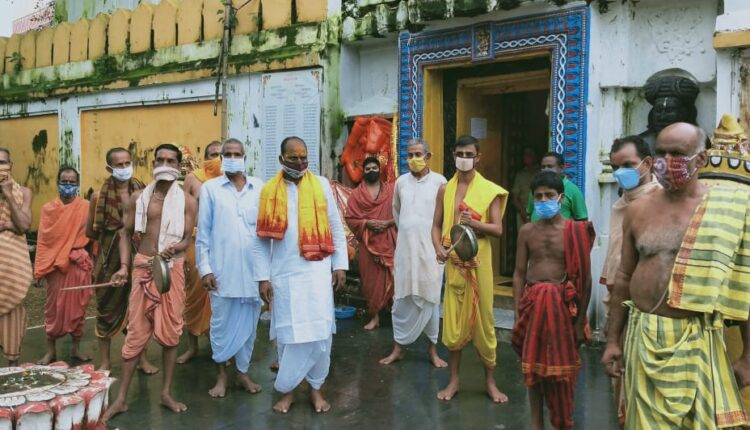 Bhubaneswar: Demanding reopening of temples and mutts in Odisha, servitors across the state today resorted to a symbolic protest.

As a mark of the protest, the servitors played cymbals for nine minutes from 9 AM in front of their respective temples across the state.

They alleged that while other states have allowed reopening of religious institutions amidst the COVID-19 pandemic, Odisha Government is yet to give permission for the same. 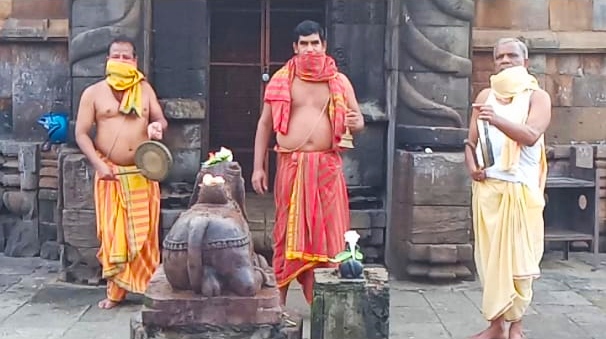 “Transport services and several economic activities have resumed in the state. Even, liquor traders have been allowed to open their shops. But the Government has not relaxed the restrictions on religious institutions in the state. Many servitors, who run their family from the donation money collected from devotees, are finding it hard to make their ends meet, ” said a servitor.

“We were forced to launch the protest as the Government is not paying heed to our repeated demands of permission for reopening of temples with restrictions,” said a member of the committee.

Earlier yesterday, servitors led by Damodar Mahasuar staged a dharna in front  of Srimandir in Puri demanding reopening of the centuries-old temple for devotees.

Mahasuar questioned the decision of the state Government to keep the temple closed despite Centre’s permission for reopening of temples across the country.

He suggested that devotees should be allowed to visit the temple with adherence to COVID-19 guidelines.

It is pertinent to mention here that Srimandir has remained closed since March this year due to the COVID-19 outbreak. Only servitors are being allowed to enter the temple for performing rituals of the deities.