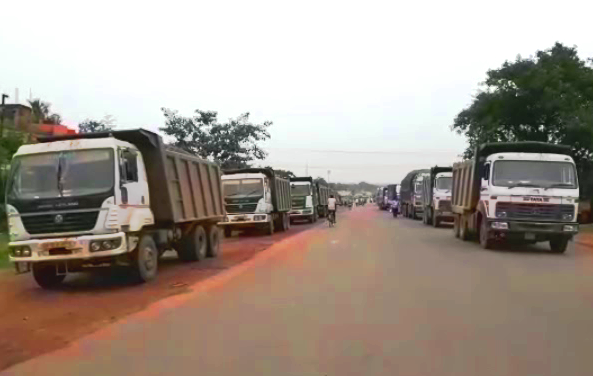 Baripada: Normal life has been affected in Baripada and nearby areas due to a 12-hour dawn-to-dusk bandh staged by Mayurbhanj Adivasi Revolutionary Youth & Student Association (MARYSA) demanding setting up of Santhali University in Mayurbhanj district.

As part of the protest, the activists staged road blockade at various places, including the NH-18 at Murgabadi bringing vehicular communication to a grinding halt. Several vehicles, including trucks have been stranded on both sides of the road.

Besides, shops and other business establishments have remained closed with the agitators staging picketing at several places.

“Santhali language is widely spoken in Odisha. Like the proposed Odia University to be set up in Puri, the State Government should also establish Santhali University in Mayurbhanj district for development of the language,” said MARYSA president Dharamraj Hansdah,

The youth activists further threatened that they would intensify their agitation in coming days if the State Government does not take the matter into consideration.