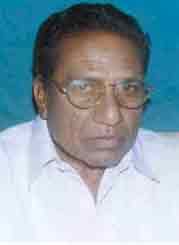 Bhubaneswar:  Managing disgruntled leaders appears to be a big headache for State unit of the Bharatiya Janata Party (BJP) as one of its senior leader and sitting MLA has quit the party today after being denied ticket.

Duryodhan Majhi, a five-time MLA of Khariar in Nuapada district and former Minister, resigned from the party alleging neglect by top leadership of the Saffron party ahead of the elections.

“Very much sorry to intimate you that I am resigning from membership of (BJP), Odisha as I have approached the leaders and high dignitaries of Odisha State Bharatiya Janata Party office Bhubaneswar to allot a symbol Bharatiya Janata Party to me to contest in coming Odisha Legislative Assembly Election from Khariar general assembly constituency but nobody listen to my request,” Majhi said in his resignation letter addressed to State BJP President Basant Panda.

It may be recalled here that Majhi had joined BJP after quitting the ruling BJD ahead of 2014 general election when the Naveen Patnaik-led party denied a ticket to him to contest the polls.

The elections for 147 Assembly seats in Odisha will be held in four phases starting from April 11 to April 29.

Odisha: Over one lakh cash seized from Congress candidate’s car