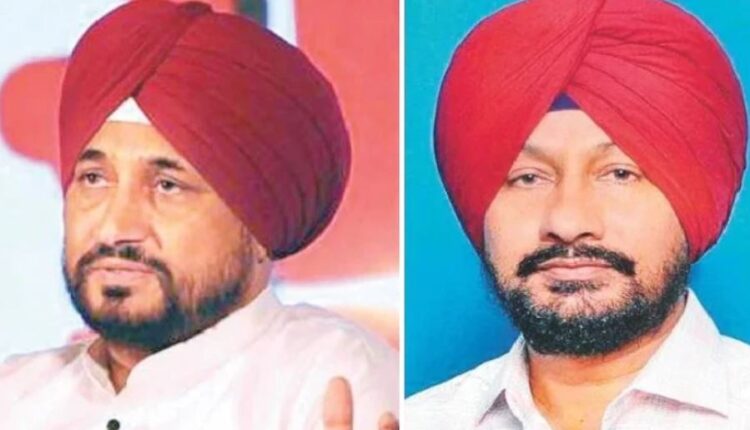 Chandigarh: Differences between Punjab Chief Minister Charanjit Singh Channi and state Congress chief Navjot Singh Sidhu seem to be growing as Manohar Singh, the younger brother of the former, was denied nomination by the party for the February 14 assembly polls.

Manohar Singh on Sunday announced to be in the fray as an Independent candidate from Bassi Pathana in Fatehgarh Sahib district, where the Congress has retained its sitting legislator Gurpreet Singh GP.

In fact, the Chief Minister was lobbying to get the party ticket for his brother, who had resigned in December last year as senior medical officer from the Civil Hospital in Kharar to contest the polls.

His claim was denied apparently because of the party’s ‘one family, one ticket’ rule.

Also it is learnt Sidhu was not in favour of allocating party’s candidature to Channi’s brother and held a rally in favour of the sitting legislator despite Manohar publicly claiming for the ticket.

Political observers told IANS that as the party high command tries to make peace between Channi and Sidhu ahead of the polls, the differences between the two leaders are growing and the denial of ticket to Channi’s kin will widen it.

Adamant and upset over ticket denial, Manohar told the media that he met his brother (Channi) in the morning (Sunday) and told him that he would be contesting the polls as the public “desires that he should contest as an Independent”.

“My decision to contest is as per public aspirations,” he said.