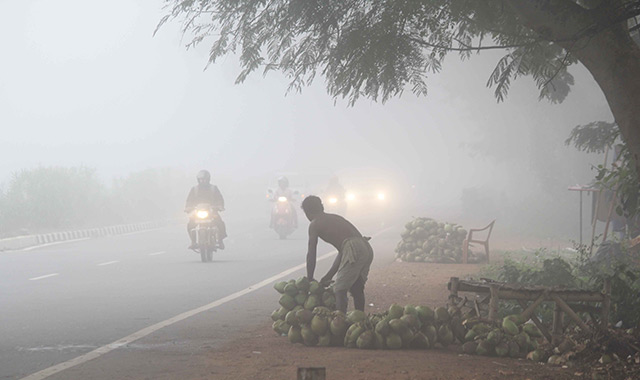 The Collectors and SPs have been asked to instruct police and transport officials to take necessary steps for controlled plying of vehicles on highways during dense fog to avoid any road accident.

As per the bulletin issued by MeT Centre, dense fog is very likely to occur in the districts of Balasore, Kendrapada, Bhadrak, Mayurbhanj, Jagatsinghpur, Cuttack, Jajpur, Khordha, Puri, Nayagarh, Boudh, Angul and Kandhamal from the night of January 30 (tonight) to the morning of January 31.

From the night of January 31 to the morning of February 1, dense fog is very likely to occur in the districts of Cuttack, Jagatsinghpur, Khordha, Puri, Nayagarh, Kandhamal, Rayagada, Koraput and Ganjam.

Besides, the IMD predicted that isolated cold wave to severe cold wave condition is very likely to prevail over the districts of Jharsuguda and Sundargarh from January 31 to February 1 and from February 1 ton February 2 morning. The IMD has issued Yellow Warning for these districts.

There is increased likelihood of cold related illnesses among people, which may get aggravated due to prolonged exposure to cold. Livestock may also be affected. People in the districts under Yellow Warning and also in other areas, where intense cold is felt, are advised to stay indoor during night and avoid exposure to cold, said SRC in a letter to concerned Collectors and Municipal Commissioners.

“Movement during night especially in two-wheelers or in open cars must be avoided. Necessary safety measures are to be taken while using electrical and gas heating devices or using fire for the purpose,”

As advised earlier, all Collectors have been asked to ensure that school buildings, community buildings and other available buildings are opened for use as shelter  during night by homeless and needy people.  They have been directed to send a report indicating the number of such buildings and number people sheltered therein to SRC office on daily basis till cold wave situation is over.