DEO clerk caught while taking bribe from teacher in Odisha 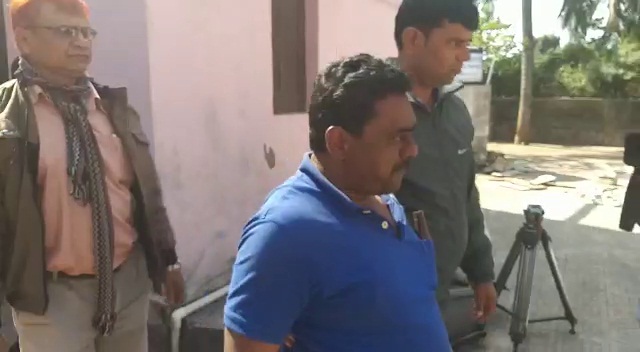 Puri: An education official was caught red-handed while taking a bribe of Rs 20,000 from a woman teacher here in the district today.

The accused was identified as Chittaranjan Khuntia, posted as the Clerk at District Education Office (DEO) in Puri.

A team of Vigilance sleuths caught Khuntia while receiving Rs 20,000 from the complainant Sasmita Senapati, a high school teacher in Nimapara, for job regularisation order.

According to reports, the DEO official had asked her for Rs 40,000 as the bribe to release her service regularisation order. When she expressed her incapability to pay the amount, Khuntia threatened to cancel her office order.

Sasmita approached the Vigilance following which trap was laid to catch the tainted official for asking PC.

As per the plan, the Vigilance caught Khuntia red-handed while receiving bribe from Sasmita at the office.

The Vigilance sleuths raided the office and his residence at Sarvodaya Nagar.