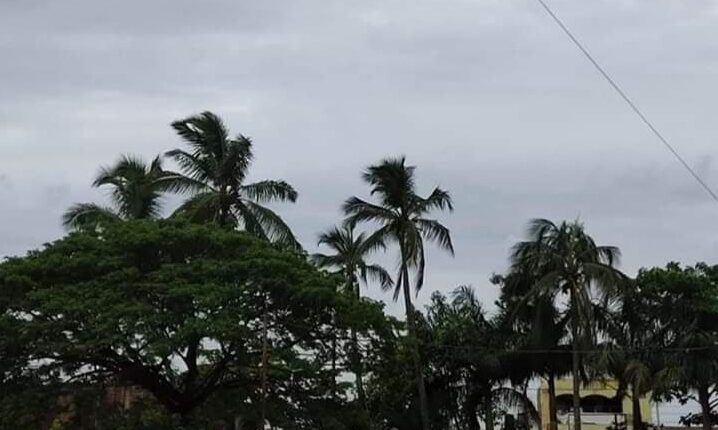 Bhubaneswar: People of Odisha heaved a sigh of relief during festive season as the depression formed over the Bay of Bengal crossed the State coast today.

The Depression over Northwest Bay of Bengal off Odisha coast moved north­northeastwards with a speed of 24kmph during past 06 hours and lay centred at 0830 hrs on October 23 over Northwest Bay of Bengal off West Bengal and ­Bangladesh coasts, about 50 km southeast of Sagar Islands (West Bengal) and 200 km west­southwest of Khepupara (Bangladesh). It is very likely to move northnortheastwards and cross West Bengal & adjoining Bangladesh coasts between Sagar Islands (West Bengal) and Khepupara (Bangladesh) over Sundarbans today, Bhubaneswar MeT said today.

With such development, the people may enjoy Dussehra festive season with much gaiety as there is no rainfall warning for Odisha in next five days.

However, thundershower is likely to occur at one or two places over costal districts as well as Keonjhar, Mayurbhanj, Rayagada, Koraput, Malkangiri, Kandhamal, Ganjam and Gajapati districts during next five days.

The weather is likely to be dry in rest of districts for next five days.

Odisha to prepare database of healthcare workers for COVID vaccination