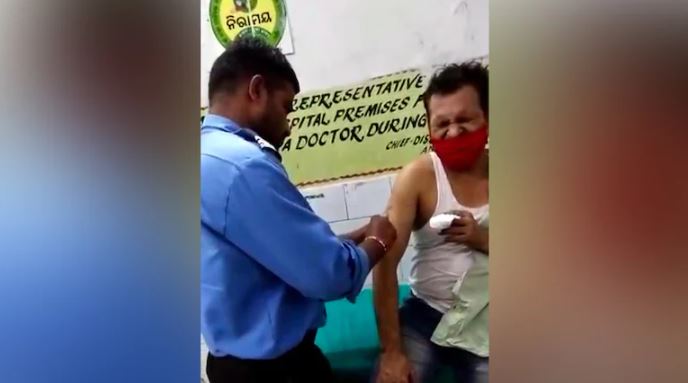 Angul: Despite the state Government’s recent direction to authorities of all state-run hospitals not to engage any non-healthcare personnel in assisting treating doctors or paramedics in the process of treatment, a security guard at a was found administering an injection to a patient at a hospital in Angul district.

The incident came to fore after a video of the incident, which took place at District Headquarters Hospital (DHH) here on September 7, went viral on social media. A relative of another patient in the hospital had purportedly captured the video before uploading it on social media.

Sources said the patient had visited the hospital after meeting a minor road accident. Later, he was administered a Tetanus shot by a security guard.

When asked, Assistant Chief Medical Superintendent Manas Ranjan Biswal said, “We have begun an inquiry into the matter and action will be taken after a thorough probe.”

Earlier in August, Health and Family Welfare Department Additional Chief Secretary Pradeepta Kumar Mohapatra had directed authorities of all state-run hospitals directing them to ensure that patients visiting the facilities are treated only by designated healthcare personnel.