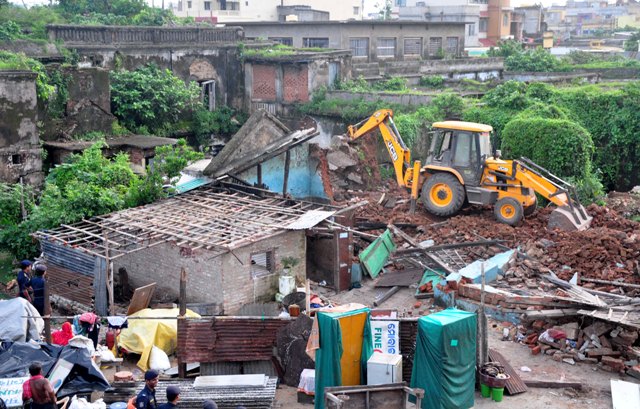 Puri: In a huge setback for evicted people protesting against demolition drive in pilgrim city Puri, the district administration today remained stick to its decision to raze the mutts and commercial establishments around Srimandir.

The meeting of 15-member team led by Puri legislator Jayant Sarangi with district administration failed after Collector Balwant Singh rejected their proposal to stop demolition of structures adjacent to Meghnad Pacheri (boundary wall) of the centuries old shrine for its protection.

He decided to continue razing of the commercial set-ups of mutts except their peeth and manuscripts to vacate the area over safety and security of the Jagannath Temple.

On allegation of not getting compensation to the displaced people during Nabakalebar, Singh assured the team to discuss with the victims in this regard.

However, the team decided to approach Chief Minister Naveen Patnaik over the issue.

The protest came after a dozens of mutts located near Srimandir were razed to the ground without making arrangement for their relocation. The eviction drive was halted when meditating seer of 900-year-old Emar Mutt refused to vacate.

Puri Srimandir to remain open with revised timing on New…