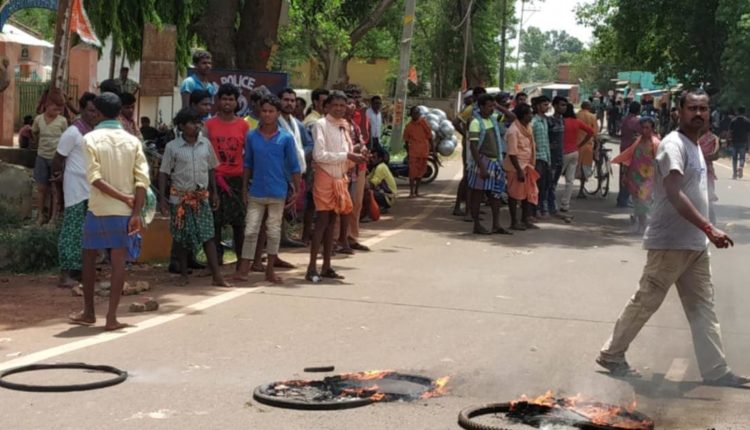 Nabarangpur: Tension erupted near Kodinga police station in Odisha’s Nabarangpur district today over alleged death of a 62-year-old person who was detained by cops yesterday.

According to reports, Gobardhan Bindhani of Panjaraguda village under Dabugaon police limits was picked up by police from Khatiguda market over his alleged involvement in betting.

Gobardhan was detained at the Kodinga police station and later taken to the District Headquarters Hospital (DHH) as his health condition deteriorated. He was then shifted to a hospital in Visakhapatnam.

Family members of Gobardhan, on being informed by a particular source about his death at the hospital, staged road blockade near the police station by burning tyres. The situation turned ugly when Gobardhan’s kin and locals scaled the boundary wall of the police station and resorted to vandalism.

Prohibitory orders under Section 144 of CrPC was clamped at the spot to avoid further untoward incident.