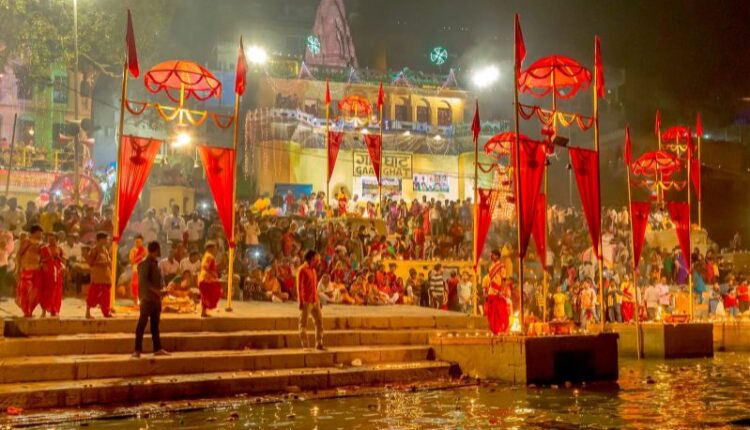 Dev Diwali falls on the full moon of the Hindu month of Kartika and is celebrated in the holy city of Varanasi.

It is celebrated to mark the victory of Lord Shiva over demon Tripurasur.

Dev Deepawali is also known as Tripurotsav or Tripurari Purnima.

On Dev Deepawali, devotees take a holy dip in Ganga river and light diyas in the evening.

At dusk, the steps of all the ghats on the riverfront of the Ganges River, from Ravidas Ghat at the southern end to Rajghat, are lit with more than a million earthen lamps (diyas) in honour of Ganga, the Ganges, and its presiding goddess.

The tradition of lighting the lamps on the Dev Deepawali festival day was first started at the Panchganga Ghat in 1985.

During Dev Deepawali, houses are decorated with oil lamps and colored designs on their front doors. Firecrackers are burnt at night, processions of decorated deities are taken out into the streets of Varanasi, and oil lamps are set afloat on the river.

The Ganga aarti is also performed in the evening.