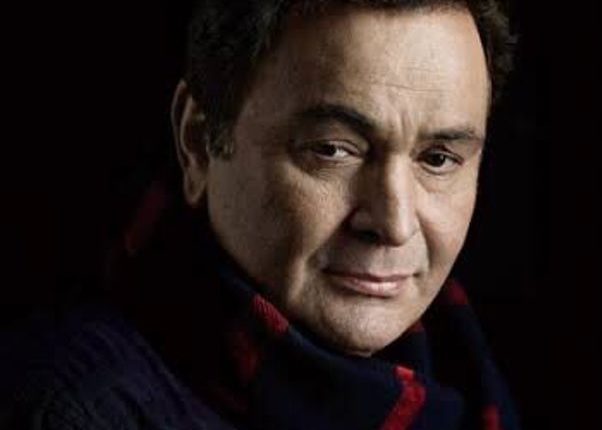 Mumbai: The death of Rishi Kapoor, one of Bollywood’s greatest cine icons, took everyone by shock on Thursday morning. The film industry took to social media to mourn his death with disbelief.

Rishi was hospitalised on Wednesday morning after complaining that he was not feeling well. The 67-year-old actor was admitted to Sir HN Reliance Foundation Hospital in Mumbai. Wife Neetu Kapoor was at his side.

Rajinikanth was one of the earliest to tweet: “Heartbroken … Rest In Peace … my dearest friend #RishiKapoor”

Priyanka Chopra: “My heart is so heavy. This is the end of an era. #Rishisir your candid heart and immeasurable talent will never be encountered again. Such a privilege to have known you even a little bit. My condolences to Neetu maam, Ridhima, Ranbir and the rest of the family. Rest in peace Sir.”

Akshay Kumar wrote: “It seems like we’re in the midst of a nightmare…just heard the depressing news of #RishiKapoor ji passing away, it’s heartbreaking. He was a legend, a great co-star and a good friend of the family. My thoughts and prayers with his family”

Manoj Bajpayee tweeted: “Couldn’t even finish writing an obituary of our IRRFAN (RIP friend) and the news of RISHI KAPOOR ji passing away has completely crushed me!! No…this is not happening…it’s too much to http://accept.RIP RISHIJI”

Ajay Devgn expressed on Twitter: “One blow after another. Rishi ji’s passing away is nothing short of a stab to my heart. We associated in Raju Chacha (2000) and stayed in touch through…until now. Condolences to Neetuji, Ranbir, Riddhima & Dabbooji”

Wrote Taapsee Pannu: “Been trying to write something n I can’t put my mind n hands in sync. More like the heart in between is just not able to comprehend this. That laugh, that sense of humour, the honesty and even the bully he was , will be missed. No one like you #RishiKapoor”

Emraan Hashmi, with whom Kapoor shared screen space the last time in the film “The Body”, wrote: “This is devastating. Lost for words . RIP Rishi Kapoor”

Riteish Deshmukh wrote: “Am devastated, heartbroken… King of charm, King of Romance, the legendary actor Rishi ji just said ï¿½pack-up’. Not fair Sir, you said we will do a film together…. just not fair.”

Genelia Deshmukh tweeted: “I just remember meeting you a couple of months ago.. So so warm and one of the best evenings of my life with conversations straight from the heart .. Our Deepest condolences to Neetuji, RiddhimA, Ranbir and the entire Kapoor family.. Heartbroken #RipRishiji”

RakulpreetSingh tweeted: “NO NO NO!! This is heartbreaking ! In loss of words. Unable to process that @chintskap sir is no longer with us! It’s a huge loss to the world ! May your soul RIP. You will always be remembered 2020 can’t get worse !”

Farhan Akhtar tweeted: “Absolutely heartbroken. This is an irreparable loss. To the film industry. To the audiences. And to all who were blessed enough to know him personally. Love you Rishi uncle. #RIP”

Nimrat Kaur tweeted: ” Too much loss too soon… #RIPIrrfanKhan #RIPRishiKapoor”

Tamannaah Bhatia tweeted: “Just can’t believe this. Woke up to the shocking news of #RishiKapoor Ji passing away. Condolences to the Kapoor family. We will miss you Rishi Ji.”

Kajal Aggarwal tweeted: “2020 cannot get any worse! Loss of a legend. Om Shanti Rishi sir I’m sure you must be illumining the heavens, the shining star you’ve always been! This feels like a personal grievance, Cannot even fathom what the family is going through. Heartfelt condolences.”

Madhur Bhandarkar tweeted: “Shocked to hear about the tragic demise of the legendary versatile actor #RishiKapoor. Another great loss for the film industry. One of my most favourite actor. My heartfelt condolences to his family, friends and admirers. Om Shanti”

Vishal Dadlani tweeted: “The world is truly depleted with #RishiKapoor ji gone. Deepest condolences to Ranbir and Neetuji, and the whole Kapoor family. @chintskap Sir’s 2nd innings was definitive of a new wave in Indian cinema. To lose both @irrfank & him in 2 days feels like a hard kick in the chest.”

Arshad Warsi tweeted: “I am speechless and completely heartbroken. Been a fan of Rishi Kapoor all my life. Loved him for his talent, wit, positive energy, this is terrible. First Irfan and now Rishi Kapoor… Dear God please look after these great souls”

Lisa Ray tweeted: “Rishi Kapoor Gosh I’m running out of words to express my grief for the loss of these greats. In my opinion a very under rated actor. I watched Saagar obsessively as a kid. Thank you Rishiji for sharing your lightness of spirit and talent.”

Te posts from Bollywood celebrities and millions of fans keep coming in by the minute.

In 2018, Rishi Kapoor was diagnosed with cancer for the first time, following which the actor was in New York for nearly a year to undergo treatment. He returned to India in September 2019 after recovering.

Post return to India, his health has frequently been in focus. The actor was admitted to hospital in quick succession in February. Amid speculations about his health, he had been hospitalised in New Delhi in early February, while on a visit to New Delhi.